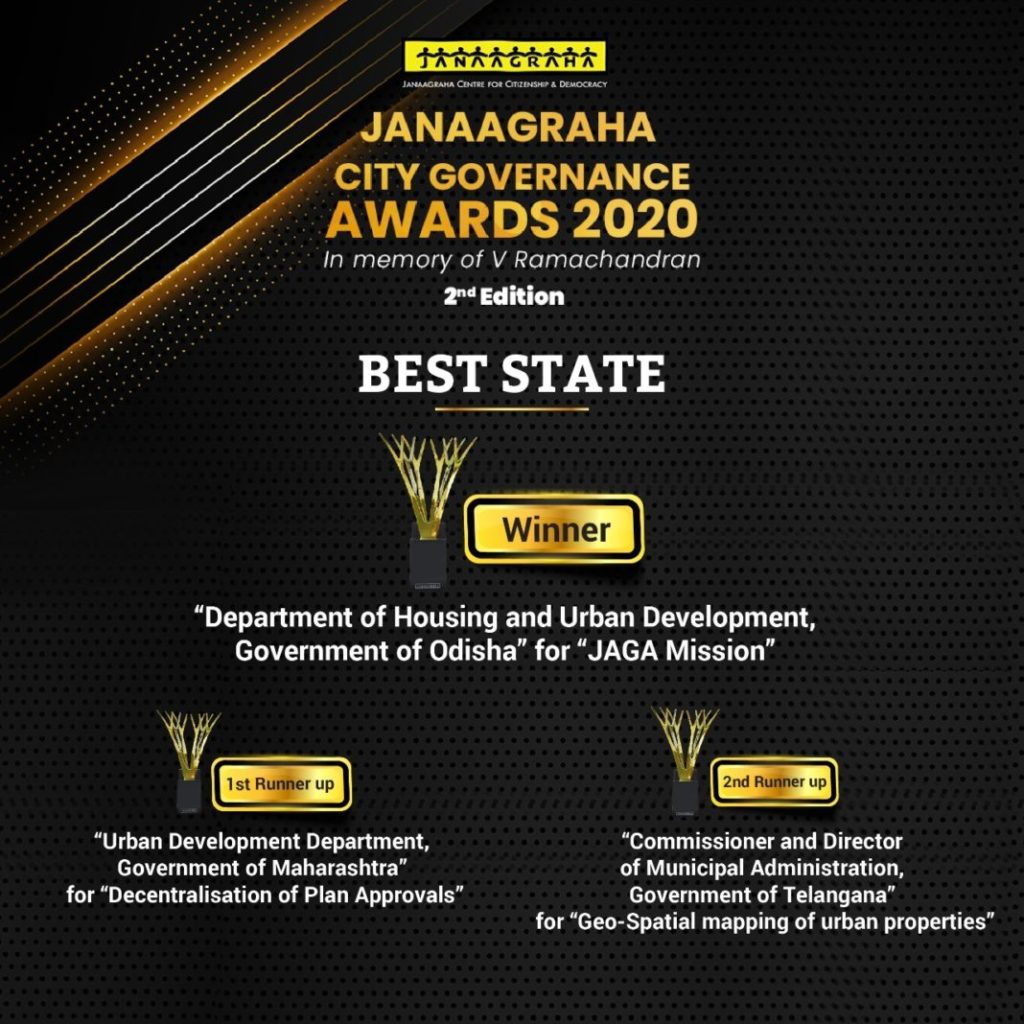 G Mathivathanan, Principal Secretary, Housing and Urban Development, Odisha, received the awards for both the categories.

Held in memory of V Ramachandran, a doyen of decentralisation, the awards recognise ground-breaking work in decentralisation in urban context by institutions across governments.

The awards were conferred in a virtual ceremony by Union Minister for Housing and Urban Affairs Hardeep Singh Puri on January 12.

Delivering the keynote address, Puri said that cooperative and competitive federalism are in-built into the design and execution of various schemes and missions. “My ministry is clear that only a partnership between citizens, municipalities, states and MoHUA can deliver transformative urban change in this country. We have seen such a partnership in action, at scale, across hundreds of cities, in schemes like the Swachh Bharat Mission.”

In the next phase of urban development, he said, “we need to invest in building the capacities of municipalities as institutions of local self-government.  As part of Atmanirbhar Bharat, there is sharp focus on shoring up own revenues of municipalities through property tax and user charge reforms.”