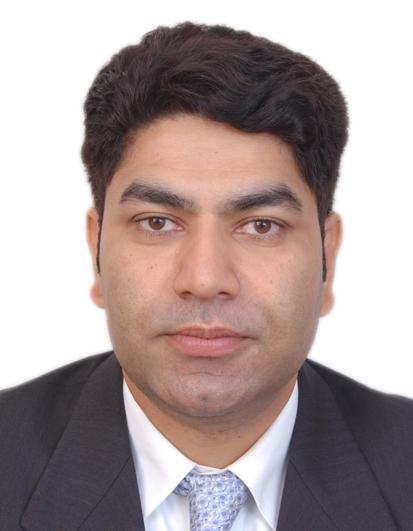 The commercial office segment of India’s top cities is expected to see fresh supply addition of more than 150 million sq. ft by end-2017. According to CBRE Research, the next four to five years (including the concluding months of 2013) are slated to see the completion of a number of under construction and planned commercial office projects—almost comparable to the existing Grade A office space of India’s National Capital Region (NCR) and its financial capital put together. The top seven cities in the next few years, could, therefore, potentially see completion of office space worth the market size of yet another Mumbai and Delhi NCR. At this stage, it would be interesting to consider the exponential growth of India’s investment grade commercial office footprint over the last ten years.

From a total Grade A office space stock of about 42 million sq ft across the top cities in 2003, to the current market space of more than 400 million sq ft—the sector has witnessed growth in excess of 800 per cent over the last decade.

With respect to Asia Pacific, although Tokyo clearly sets the benchmark for office space development in the region, the supply growth anticipated in the commercial markets of Hong Kong and Singapore will nearly double that of Tokyo in the coming years.

Going forward, however, the commercial Grade A office markets of Bangalore, Mumbai and the NCR are likely to observe some of the highest growth rates in the region. These three metropolitan centers—together with the tier-II locations of Chennai, Hyderabad, Pune and Kolkata—have more then 150 million sq.ft lined up for completion within the next four to five years. Bangalore, in fact, would be comparable to the development patterns of Shanghai’s office market, while those of Mumbai and the NCR would be comparable to Kuala Lampur and Bangkok, respectively. Substantial opportunity, however, lies for further growth as the commercial office real estate space in the country’s major hubs continues to be lesser than other developed global cities, such as New York and London.

The three major metropolitan centres of Bangalore, Delhi NCR and Mumbai are slated to account for nearly three quarters of this planned supply, with Bangalore and the NCR alone expected to contribute to more than half of the total upcoming office space addition by 2017-end. Most of these are planned and under-construction IT/ITeS spaces. Gurgaon and Noida are likely to attract the maximum number of these projects in the Delhi NCR; and quite a few micro-markets in Bangalore too are expected to follow suit. While the Outer Ring Road (ORR) stretch is anticipated to witness more than half of the supply set to hit Bangalore in the next four years, the rest of the city’s upcoming office space will come up in the North Bangalore area, followed by Whitefield and Electronic City.

IT/ITeS development being fairly recent in Mumbai, in comparison to the other two major Indian cities, the metropolis accounts for lesser supply addition. The fact that the core city does not offer much scope for additional space creation, also adds to a comparatively conservative supply plan for office space. The peripheral business districts of Thane and Navi Mumbai are expected to witness maximum supply in the next four to five years, followed by the suburban Bandra-Kurla Complex (BKC), and the commercial micro-markets of Malad and Goregaon.

The period 2014–15 is likely to see the maximum share of this upcoming supply, since projects slated for a release during this period are both spill-overs of pent up supply from 2013–14, as well as planned projects already under-construction. With a considerable level of supply lined up for 2014–15, rental values of select micro-markets—such as Gurgaon, ORR, Thane and Navi Mumbai—are likely to remain under pressure.

While the total office space shares of the three main cities are anticipated to see a rise in the coming years—Bangalore is likely to occupythe maximum share, followed equally by Mumbai and the NCR—the tier-II locations of Kolkata, Pune, Chennai and Hyderabad are actually going to see a comparative slide, albeit slight; in the total share of commercial office space. In the long run, such a top-heavy growth pattern may prove unwieldy for India’s commercial real estate sector.

Another indicative trend worth noting is the growth of urban sprawls across the top Indian cities, with commercial development spiralling outward from existing urban centers towards peripheral locations. Land value is usually considered to be the chief driver of development patterns; and when property values are lower on the periphery of urban centers,land is consumed at a faster rate as populations and businesses shift from urban cores to suburban fringes.

This projected expansion of India’s real estate sector, however, is subject to an effective utilization of the potential opportunities for growth, and implementation of relevant policy measures to resolve bottlenecks plaguing the industry.

Investing in a ‘luxury’ apartment?