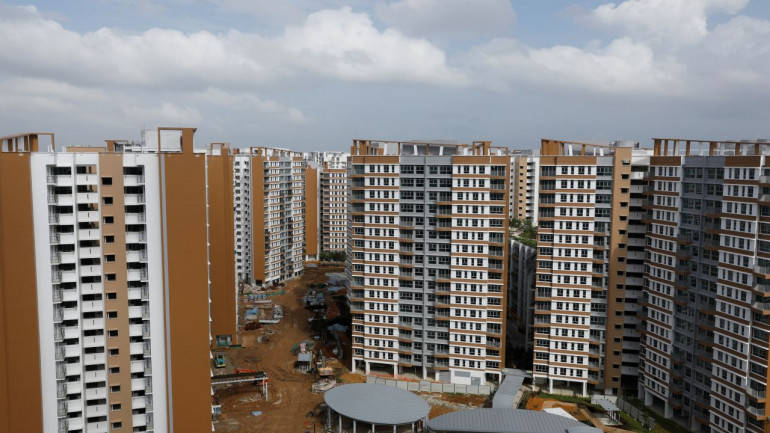 New Delhi, October 14, 2019: Unsold housing units in Noida, Greater Noida and Gurugram stood at nearly 1.09 lakh at the end of July, of which 54 per cent were priced at Rs 45 lakh and below, according to property brokerage PropTiger.

With fall in interest rates on home loans and additional tax deduction of Rs 1.5 lakh on interest for flats up to Rs 45 lakh, Proptiger expects that developers would be able to sell a significant number of unsold stocks in the affordable price category.

“Real estate developers in the key NCR markets had a total of 108,937 unsold units till the end of July 2019. Of these, 58,516 homes were priced at Rs 45 lakh or less,” PropTiger said in a report. Gurugram market includes data of Bhiwadi, Rewari, Neemrana and Dharuhera.

At the current sales velocity, he said developers would take about three-and-a-half-years to sell off the existing stock in Noida-Greater Noida and 28 months in Gurugram.

“While this is certainly a worrisome state of affairs for the sector, this, in a way, presents an opportunity for buyers to purchase ready-to-move-in properties when home loan interest rates are at a record low and the government has increased the tax deduction limit on the interest on home loans for purchase of affordable homes,” Rangarajan said.

In this year’s Budget, the government has increased the tax deduction limit on home loan interest component by Rs 1.50 lakh for units priced at Rs 45 lakh and below. A lower GST rate of 1 per cent has also made investing in affordable properties much more viable in the past one year. The report also mentioned that prices have undergone some correction in these three markets, further increasing affordability for buyers.

In Gurugram, rates have fallen 10 per cent over the past three years while they have reduced by over 2.5 per cent in Noida during the same period. The average per square foot rates of property in Noida and Gurugram are Rs 3,900 and Rs 4,950, respectively.