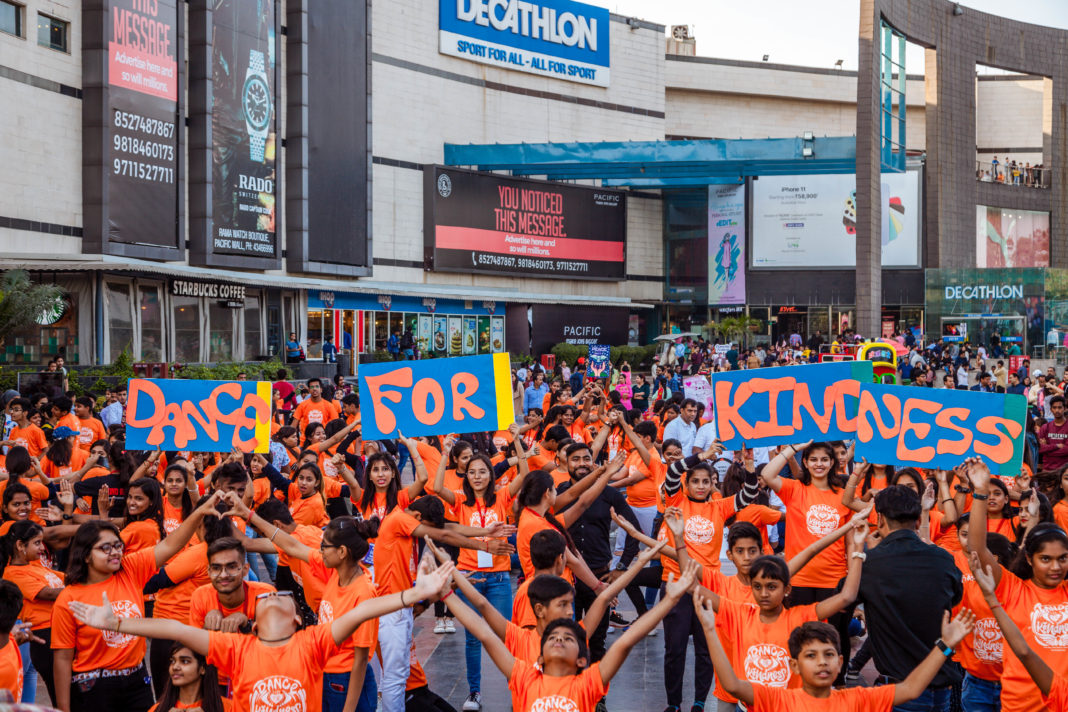 New Delhi, November 18, 2019: Pacific Mall is hosting the eighth edition of Dance For Kindness (DFK), an initiative by Life Vest Inside to end animal cruelty. A worldwide event that is organised to mark World Kindness Day every year in November has come to New Delhi for the fifth time. This year more than 1500 participants around the city will be dancing to make their voices heard and appeal to the people around the country to be kind towards animals as every year millions of animals become subject to different kinds of cruelty.

Delhi will be dancing to apprise everyone to include animals in their circle of compassion through an eye catching flash mob and freeze mob. Last year, DFK embraced over 120 cities across 50 countries with over 20,000 participants taking part in the form of Freeze mob and Flash mob.

Those In Need and Kind Beings has joined hands with World Animal Protection India to organise Dance for Kindness, New Delhi 2019, an effort towards ending animal suffering and cruelty around the world. The event will include Freezmob and flash mob performances by more than 1500 participants delivering a message of Kindness, a human chain formation to showcase the unity that we must be Kind not only towards fellow human beings but also animals, and performances by different dance groups. The event will take place between 3 pm and 6 pm at Pacific Mall, Tagore Garden.