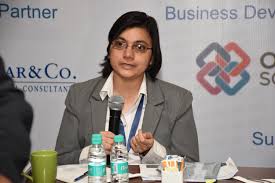 A year later, five states have a fully operational Real Estate Regulatory Authority and 12 have an interim regulator plus a portal. Jharkhand, Odisha and Telangana have an interim regulator but no portal. And the others will do what they do whenever they do it. However, between the five and twelve states lie the biggest problems. Therefore, if there is something going on in these areas it’s more than heartening.

Developers with deep pockets and strong foundations have welcomed the Real Estate Regulation and Development Act, 2016 (RERA). However, during the property boom, the field came to be dominated by a number of small operators running mom-and-pop shows. Naturally, for them compliance was onerous, not having cushy land banks or mill-lands meant greater capital commitments. The resistance towards RERA has come from these quarters, cash-strapped builders, those for whom working in a regulated environment is a no-no.

Banking, insurance, securities market, food, any sector of some importance has a regulator then why not real estate? Why should real estate be impervious to regulation? The stakes here are the highest especially for the salaried class whose limited funds are locked-in stalled projects. This, amongst many other questions, was answered by the Bombay High Court in its detailed 330-page judgment delivered on December 6, 2017 in disposing of a bunch of seven to eight writ petitions.

The writ petitions had challenged the constitutional validity of various provisions of RERA as being violative of freedom to practice one’s profession/trade/business/occupation [Article 19 (g)], equality before law and equal protection of law (Article 14), right to property (Article 300A). Some of the vital provisions under the scanner were:

Section 46(1) (b) was the only provision of RERA that was struck down. This can form a part of another debate. As far as the other pressing challenges are concerned, the petitioners waxed eloquent about the retrospective applicability of the first proviso to Section 3 (1). The rest, they argued were arbitrary, unreasonable, unfair, and unjust. The judgment serves as a treatise on the subject and could not possibly have been more thorough.  The rich legacy of precedents, best international practices, Rajya Sabha debates on Real Estate Regulation and Development Bill, 2015 were examined by the court.

The data produced before the Rajya Sabha brings to the fore the magnitude of the problem. Real estate sector is the second largest employer in the country. It accounts for 9 per cent of the GDP. The construction sector supports 250 ancillary industries. About 10 lakh people buy houses every year with an investment of about Rs.13.5 lakh crores. Information made available for 27 major cities, including 15 capital cities showed that 2,349 to 4,488 new housing projects were launched every year between 2011 and 2015. The most startling statistic was that of unsold housing stock of over 10 lakh houses in the major cities, 76,044 companies were involved in the real estate sector. Out of these more than 17,000 companies were engaged in Delhi alone. Rightly, Parliament passed the law and the judiciary upheld it.

The endorsement from the court has given RERA a shot in the arm across states. Disputes are being resolved with self-assurance and without doubts regarding RERA’s jurisdiction, vires, authority etc. Attempts at misreading RERA, getting around it are being circumvented seamlessly.

A good point in case is that of Manjit Singh Dhallwal V/s. JVPD Properties decided by Maharashtra Real Estate Appellate Tribunal on March 12, 2018. Here, the promoter tried to avoid his commitments on the grounds that no agreement for sale was executed in favour of the allottees. On his part he ignored the allotment letters, acceptance of as much as 50 per cent of the flat price, prematurely launching the project so on and so forth. The Tribunal has, in the opening paragraphs of its order, cited the Bombay High Court’s judgment dated  December 6, 2017 and gone on to hold that the complaints filed by the allottees shall not fail for want of agreement/s for sale. Wish the matter could have been settled without the intervention of the Appellate Tribunal.

There are quite a few such gems of human ingenuity at misreading RERA. Here are a few picks: (a) RERA is applicable only to registered projects, (b) upon receipt of an Occupation Certificate RERA becomes inapplicable, (c) leases even if for a period of 999 years do not fall under RERA. Some of these misinterpretations have been adjudicated and stricken down. To tide over this teething phase, the Bombay High Court went back to the elements of statutory interpretation and put in a reminder of the Heydon’s Rule. In Heydon’s case [76 ER 637] it was held that for the sure and true interpretation of statutes four things must be considered:

“and then the office of all the judges is always to make such construction as shall suppress the mischief, advance the remedy, and to suppress subtle inventions and evasions for continuance of the mischief, and pro private commodo, and to add force and life to the cure and remedy, according to the true intent of the makers of the Act, pro bono public”.

The biggest endorsement to Heydon’s Rule has come from Haryana RERA Chairman Dr.  KK Khhandelwal. In his interview with R&M Editor Palash Roy, he has gone on to the extent of saying that supposing a project is complete 20 years back, but there is a title defect, the complainant can approach the adjudicating officer for compensation on account of the loss or damage suffered by him.

The confidence that RERA and judiciary is ploughing into the system shall lift the real estate sector, weed out the undesirables, corporatize the sector, and do to real estate what SEBI did to the securities market.

(The writer is a Principal Associate with the Mumbai Office of Kochhar & Co. a full service law firm having a pan India and extensive international presence. The views expressed are her own and not that of the firm.)