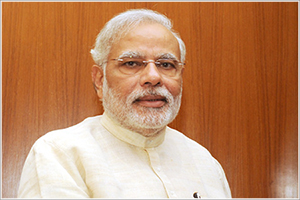 Prime Minister Narendra Modi on Thursday launched three ambitious schemes aimed at improving the urban infrastructure in the country and quality of life in the cities.

While launching the Atal Mission for Rejuvenation and Urban Transformation (Amrut), ‘Housing For All by 2022’ and the Smart Cities Mission, Modi promised that every urban poor household will be enabled to own a house and Central Government assistance of Rs 1-2.3 lakh per house to achieve this goal. He said the Government’s aim is to build two crore houses for the urban poor.

The Prime Minister said the Amrut scheme will ensure basic infrastructure and sanitation in cities, and sought foreign direct investment to facilitate the Government’s urban rejuvenation mission. He said the scheme will allow cities to decide their own growth and future.

A smart city, he said, would be one which takes care of environment conservation and at the same time uses technology to improve the quality of life of its residents. “There is no need to break your heads thinking what is a smart city,” Modi said, adding such a city will be two steps ahead in taking care of the necessities of its population.

He also claimed that this is the first time that a government in the country is planning to develop 60 cities simultaneously. “If we had realised importance of urbanisation earlier we would have world-class cities. But there is no need to remain disappointed,” he said.