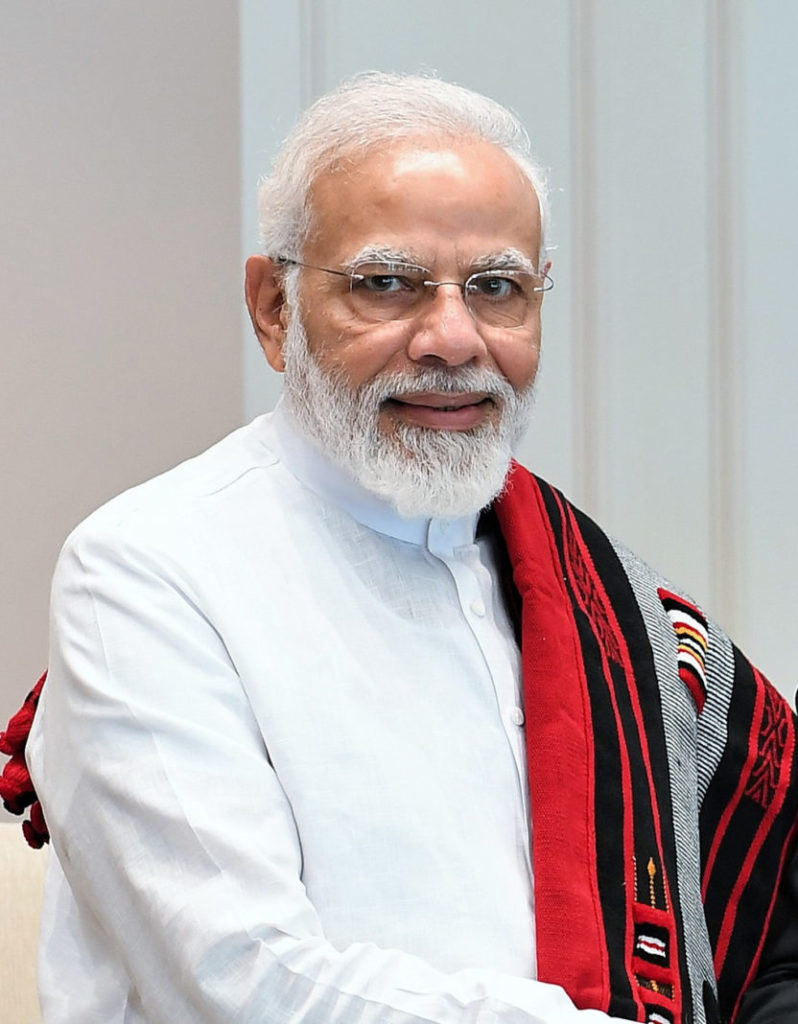 In a significant infrastructure boost for Uttar Pradesh, Prime Minister Narendra Modi on Thursday launched the construction of a 74-km long 14-lane Delhi-Dasna-Meerut expressway which will be built at a cost of Rs 7,566 crore. The expressway will decongest the existing route connecting the two cities and will play a key role in tackling pollution in the region.

“This highway will show the path to tackle pollution, ”Modi said addressing a gathering. The PM also laid the foundation stone for the upgradation of the 22-km-long Dasna-Hapur section of National Highway (NH) 24.

Addressing the gathering, Union Minister Nitin Gadkari said, “The expressway would do away with 31 traffic signals on the road and make it “signal free”. It will also reduce travel time between Meerut and Delhi from two and a half hours to around 40 minutes.

Prominent real estate developers lauded the initiative of the PM calling it as a huge impetus to infrastructural growth of the region. According to Manoj Gaur, President, Credai NCR & MD, Gaursons India Ltd, “The widening of NH24 will significantly improve the ease of commuting for people living in Delhi, Noida Ghaziabad and other parts of NCR. Real estate market of the areas lying in and around NH-24 is expected to grow leaps and bounds with this development plan.” Gaur said, “Realty sector seems to shine high once work on this project is complete and approximately 5 to 7 lakh peoples are expected to migrate to these major pockets of NCR in near future.”

Gaurav Gupta, General Secretary, Credai Raj Nagar Extension, said, “The widening of NH24 will change the face of Ghaziabad in a much better way. 74 km stretch of Delhi-Dasna-Meerut section of Delhi-Meerut Expressway will be widened to 14 lanes whereas 22 Km Dasna-Hapur stretch of NH-24 will be enlarged to 6 lanes. Nh-24 has excellent connectivity to Raj Nagar Extension, Delhi as well as Noida. With Prime Minister laying the foundation stone for the development of this stretch, the real estate potential of this place will further improve. All the properties situated along the stretch of this highway will also witness a significant price appreciation once the widening work is complete.”

In Prateek Group Chairman Prashant Tiwari’s view, the widening of NH24 will take the real estate market of NCR to new heights. “The construction work which is expected to commence soon for widening of NH24 will increase the connectivity manifold to the nearby areas like Delhi, Noida, Greater Noida, NH58, NH91, State Highway 57. Expansion work of NH24 will be a major milestone to decongest traffic problems of commuters on this route,” he told Realty & More.

Deepak Kapoor, President CREDAI-Western UP & Director, GulshanHomz said, “The much awaited news for the core region of NCR has finally arrived. This widening project will greatly help in decongesting Delhi, provide smoother ride throughout the stretch and allow an unprecedented realty growth of NH 24 and its adjoining regions such as Noida, Greater Noida West and micro pockets of Ghaziabad such as Indirapuram, Siddharth Vihar, Crossings Republik, Raj Nagar Extn and others. There will now be a sudden rise in demand for residential property across this stretch in the upcoming few months.”

Ashok Gupta, CMD, Ajnara India Ltd. said, “Due to traffic jams and congestions, this stretch of NH 24 had started to loose interest amongst the potential customers which had adversely affected the property demand for the region. We all have been a witness to the development at Delhi, Ghaziabad and Noida; but the corridor along NH 24 was becoming a pain for the residents and commuters due to which the market demand was taking a blow. The crucial stretch for widening has been launched; the micro pockets along NH 24 will now observe a northward demand movement along with rapid price appreciation. This region has seen development at a rapid pace as several residential and commercial projects have been setup at Indirapuram, Crossings Republik, SiddharthVihar and parts of Noida which have been largely occupied by people working and commuting from Delhi.”

Kushagr Ansal, Director, Ansal Housing said, “It has always been witnessed that construction of a roadway itself has produced great results for the realty prospect of the regions falling across those routes. The widening of NH 24 will be no less than creating a new roadway for the region as the existing stretch was heavily under traffic pressure that had resulted in traffic chaos and gradually a dent on property demand. A congestion-less NH 24 will pave way for greater demand for residential property and result in good capital appreciation in near future as this stretch has always been the lifeline for commuters from Delhi to Ghaziabad and Noida.”

JLL closes transaction mandate for a hotel sale in Ahmedabad