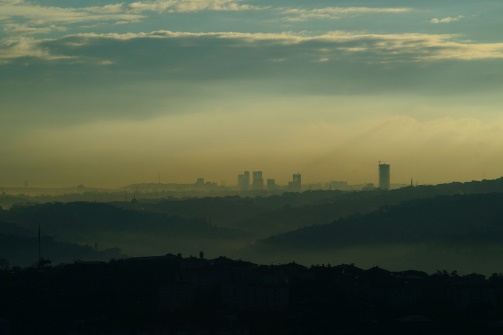 The National Capital region’s air quality has been hovering at ‘severe pollution’ levels. Delhi has become the de facto ‘poster boy’ of urban pollution in the country, and Skymet identified it as the world’s most polluted city this month. However, this leading weather analysis and forecast agency also confirmed that six of the world’s 10 most-polluted cities are in India.

It would be logical to assume that severe air pollution impacts a region’s overall property market. However, this is not really the case – in fact, the impact of pollution on property demand in India is almost negligible.

The ‘Adaptability’ of Cities

Pollution spiking in Delhi-NCR happens largely during the onset of winter, which coincides with agricultural stubble burning in nearby states. A perennial ‘high alert’ throughout the year would have more serious implications on real estate, but it is a seasonal phenomenon. With periods of respite, cities are amazingly adaptable.

Mumbai unerringly experiences floods during the monsoons, yet property prices there remained impervious to this annual event. Some recent alarming research warns that large coastal chunks of Mumbai will be permanently inundated by 2050 on account of the rising sea levels. Despite this, investments keep pouring in – the city’s real estate market does not slow down on account of environmental factors. There is simply too much at stake in the country’s financial capital.

Of course, flooding eventually becomes a hard reality which is impossible to ignore – as witnessed in Chennai, where many previously aspirational beachfront properties suddenly lost value after they were inundated by tsunami-invoked tidal waves.

Pollution is dangerous, but it is also a less obtrusive factor with no immediate destructive implications. Like seasonal flooding, pollution also has the unfortunate tendency of becoming an accepted feature for urban dwellers.

Delhi is the national capital and the hub of administration, political power and vast economic activity. Key government institutions and large businesses generate massive employment opportunities, which drive real estate demand. Most parts of NCR continue to see multi-fold investments into real estate, including from multinationals otherwise known to be very concerned about environmental factors.

The slowdown in NCR’s residential sales – which DID impact prices – was largely a function of people’s money getting trapped in delayed or stuck projects, and the predictable loss of buyer trust. The demand for real estate in NCR, across segments and sectors – office, retail, industrial, logistics & warehousing and housing – is strong and getting stronger.

This is not to say that Delhi-NCR’s pollution issues do not impact certain real estate choices. Grade A office buildings with state-of-the-art HVAC and air purification systems have an edge, as do housing projects with similar facilities apart from more green open spaces and sustainability features.

Integrated townships on well-connected peripheries are steadily gaining relevance and demand. More and more citizens will choose to live in such projects; however, the demand for homes in the congested city centres which offer the fastest access to workplace hubs will remain undiminished.

There will be increasing demand for second homes in less polluted areas which can offer their owners an occasional respite from the inner-city pollution. However, at least for the next few years, the number of citizens of Delhi-NCR who will abandon their primary inner-city homes for the outskirts will be insignificant in market terms.

The Delhi government’s various measures to tackle pollution are important – but other than the periodic ban on construction, they have no pertinence on the real estate market. Currently, property prices in most parts of Delhi-NCR are at their lowest best and are very unlikely to see any further downward trend – certainly not as a fallout of rising pollution levels in the region. Low prices result in higher demand, regardless of most other considerations

Real estate prices in most Indian cities are not dictated by environmental factors as much as by affordability and their ability to provide employment. For affordable and mid-segment housing, the primary demand driver is connectivity – the speed with which residents can get to work and back.

It has been established that air quality in Delhi’s homes – even in the verdantly green Lutyens’ Zone – is no less polluted than on motorways. However, the common assumption is that residences are a refuge from pollution. Assumptions, whether true or false, are the basic essence of market sentiment.

Since Delhi-NCR’s pollution problems will not reduce demand for inner-city housing, adjoining (sometimes less polluted) areas will not benefit from pollution-induced outward migration. There are no substitutes for workplace hubs and economic power centres.

People employed in the city centres will certainly look for housing in emerging locations which, apart from lower pollution, are well-connected to the central workplace hubs. However, the detriments of development and massive inhabitation eventually follow wherever we go.

No Escape from ‘Progress’

Many Infotech companies in India located themselves on the greener outskirts of cities – not because of any environmental concerns, but because of the lower real estate costs there. Pune’s Hinjewadi was a green, unpolluted agrarian area before the Rajiv Gandhi Infotech Park began its multi-phase expansion there.

Today, Hinjewadi has humungous traffic issues with consummate pollution; it continues to attract people with well-paying employment opportunities (around 2.5 lakh employees commute to and from Hinjewadi on a daily basis). Now, rampant garbage burning has added to the area’s pollution woes. Adjoining areas, once greener and less crowded, filled up and quickly became polluted as well.

Transit infrastructure like Metros can reduce the use of fossil-fuel-driven vehicles, but in most Indian cities, support infrastructure is usually the last factor to be added. There are some notable exceptions like Navi Mumbai, Chandigarh and certain parts of Pune’s PCMC, where a planned approach to urbanization resulted in real estate development and infrastructure deployment to happen in tandem. However, these exceptions only prove the rule.

Rising urban pollution is a growing concern – not just India but all across the world, including China where large cities like Shanghai have been choking on air toxic with soot, dust, ozone, and sulphur oxides. Property prices there remain sky-high, though data on real estate transactions in many of China’s cities reveals that people are ready to pay a higher price for living in areas with less pollution.

Like in India, property prices there tend to be higher in areas with good access to rapid public transit and more green areas. This is a function of ‘premium’ pricing dynamics and does not affect the existing property rates of areas which do not have such benefits.

On the one hand, spacious homes in areas of lower pollution are becoming a ‘luxury’ to be indulged in by retirees and those who have succeeded to free themselves of the daily commute. On the other hand, the highest lifestyle ideal for the working middle class is living as close to work as possible – though work is, more often than not, in the most crowded and polluted parts of the city.

Neither category cannibalizes the other. Each is an immutable market force which the other cannot replace, just as affordable housing cannot replace luxury housing or vice versa.

In short, Delhi-NCR’s pollution will not cause less polluted far suburbs and adjoining cities to catch the spill-over demand of people looking for cleaner, healthier environs. These far suburbs and cities will eventually become equally polluted, once they gather enough ‘economic momentum’.

Nor will prices fall because of increased outward migration. In a country where condemned buildings – clearly declared unsafe for habitation – continue to be occupied, people tend to stay where they are if the economic rationale is compelling enough and no immediate alternatives exist.