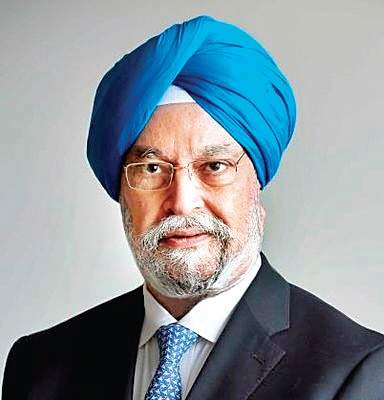 Addressing the Day 2 of the 5th ISC-FICCI Sanitation Awards and India Sanitation Conclave 2021, Minister Hardeep Singh Puri said, “With the launch of the second phase of Swachh Bharat Mission-Urban (SBM-U) and Atal Mission for Rejuvenation the government aims to make an ODF India garbage-free and water secure. The SBM-U has the goal to make all urban local bodies open defecation free.”

The SMBU 2.0, said Puri, will provide an impetus to the city govt to comprehensively plan measures for sludge management, wastewater treatment, source segregation of garbage, reduction in single-use plastic and management of construction and demolition waste and bioremediation of dumpsite.

“We are expanding its coverage from 500 cities to all statutory towns in India. It will provide 100 per cent coverage of water supply coverage to all households in all ULBs through 2.68 crore tap connections and 100 per cent coverage of sewerage and septage through 2.64 crore sewer connection,” he added. Both these missions, the Minister said, will be supported by strong government mechanism, independent third-party verification, and real-time mission monitoring through geotag dashboard.

“Through the philosophy of Sarvodaya through Antyodaya, we have empowered the urban poor and provided dignity to millions of women and girls in India,” the union minister added.

He further stated that we have constructed over 62 lakh toilets for households in urban areas and have brought a holistic behavioural change in our citizens towards Swacchta.

“In mere seven years, we have increased the solid waste processing capacity from 18 to 70 per cent,” the Minister said.

“The India Sanitation Coalition has a valuable role to play by bringing together corporate partners, entrepreneurs and financing institutions to promote scalable solutions for the sanitation economy,” the Minister noted.

Naina Lal Kidwai, Chair, India Sanitation Coalition (ISC), said that picking up on the theme of enhancing the role of women in the delivery of public services, public goods like sanitation and water the govt itself has begun to embark on engaging women in the delivery of sanitation and water. Women need to be engaged in the decision making and influence the change in directions which are sensitive to their needs. She further mentioned that we need to do more as we go forward.

Launching the ISC Compendium ‘Business of Change: Success in a Gendered Approach to WASH’ by Dr Abhinav Akhilesh, Senior Vice President FICCI, Sanjiv Mehta said, The ISC shares a vision of a multistakeholder platform that brings together the government, private sector, financial institution, society, media etc to drive sustainable sanitation. With the advent of COVID, hygiene and sanitation have been recognised as one of the key issues that need to be addressed urgently. He further stated that the role of women in economic, social, and hygiene-related issues can have a multiplier effect.

Dr Natasha Patel, CEO – ISC said, “This is a logical place to start without water we cannot hope to resolve India’s dream to realise open defecation free society. However, there are no other areas of B U M T that need innovation. Through Rashid Kidwai Innovations in Sanitation awards we are trying to fill this gap that exists in the sanitation space”