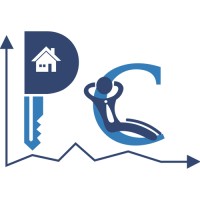 New Delhi: Propchill, a startup which leverages analytics to provides a structured approach to the property selection process in India. The startup had participated in ‘Website of the Year 2016’ contest, which is an annual event. Propchill has won the ‘Most Popular Website’ and the ‘Best Website’ in the Housing and Interior category.

Altogether 252 websites were nominated in 21 categories. More than 95,000 votes were cast between September 19, 2016, and October 28, 2016. In each category, there were two prizes at stake: the title ‘Best Website of the Year’ was provided to the website with the highest average score on content, navigation, design and recommendation intention. The title ‘Most Popular Website’ was provided to the website with the highest number of votes. The awards are backed by Matrix Lab which organizes this contest in seven countries that include France, Germany, India, Italy, the Netherlands, Spain and the United Kingdom.

Mr. Sameer Kanwar, Founder, Propchill.com, said, “We were not expecting it, definitely Not! At best, we were debating our chance of winning the ‘Best Website’ in the category because ours is a content-based product. However, the most popular website came as a huge surprise, of course a pleasant one! It was a feeling of euphoria, as we were taken by surprise, and we would like to thank website of the year for organising these awards in the most transparent manner. Such recognitions go a long way in boosting start-ups like ours. We would also like to thank all well-wishers who came forward to vote for us in large numbers.”

“PropChill looks at building a comprehensive knowledge base for the real estate sector in India. The aim is to set-in transparency in the real estate sector and empower the end user with digital tools. “We are also exploring and in talks with agencies to implement the model in the other international markets” Mr Kanwar added.

The voters singled out Propchill among its other competitors in the market.