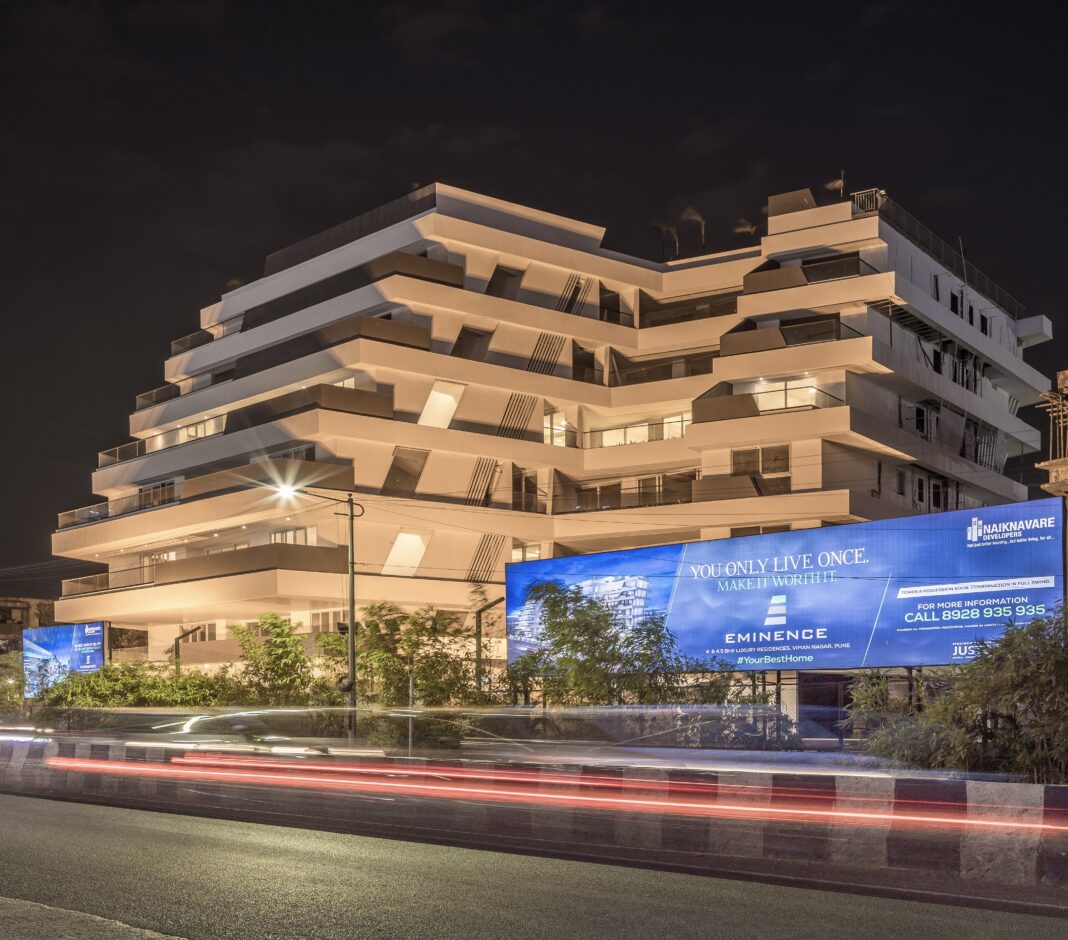 Pune, October 18, 2022: Naiknavare Developers, has recently launched Tower 2 of it’s luxury residential project, Eminence, at Pune’s Viman Nagar locality. According to a press release issued by the company, the project had attracted an overwhelming response from home buyers.

Months after the launch of this project, the company recorded a robust market debut with Tower A of Eminence being totally sold out. Occupation Certificate (OC) has been received with most of the homeowners have also taken possessions of their residences. This prompted the launch of Tower B which is under construction and bookings already underway. The possession is due in December 2023. The 4BHK apartments are priced starting from Rs. 3.49 Cr onwards.

Speaking on the exceptional response received for Eminence, Anand Naiknavare, Head Business Process, Naiknavare Developers, said, “The luxury housing segment has taken manifold leaps and significantly transformed in recent years, especially after the pandemic where work from home has become the new normal and home buyers prefer larger living spaces offering best of the lifestyle. Eminence is our landmark creation and a design marvel which is futuristic, unconventional and luxurious. Currently, we have only 8 to 10 units in the inventory.”