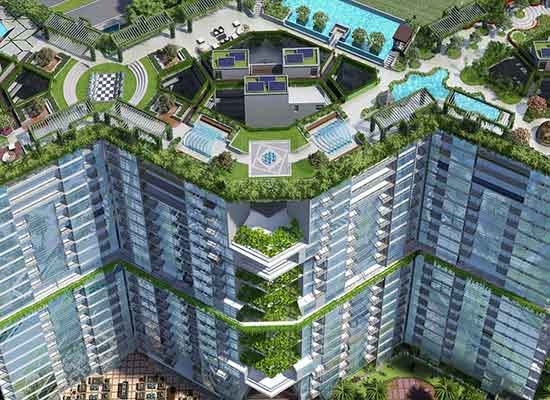 New Delhi, June 20, 2022: Realty firm Raheja Developers announced that it would deliver residential and commercial projects over an area of 10 lakh square feet or more than 2600 units in the current financial year. According to a press release issued by the company, most of the deliverables would be in Delhi and NCR region, including the housing project on Pusa Road. The number of units planned to be delivered in FY23 stands at more than 1250 units.

At the Pusa Road project which is in partnership with the Government of India, 700 units are ready for delivery and the rest will be delivered by the end of December 2022.

Raheja is also planning to launch various projects in the DDJAY plotted scheme, NILP Plotted Scheme as well as SCO projects in Gurugram. These will be offered as a mix of plots and floors releasing inventory worth over Rs 2500 Crore in the coming few months.

The company has also undertaken the development of the 02 tallest towers of Gurugram and Delhi- The Leela Sky Villas-Navin Minar and Raheja Revanta respectively. The former is the first branded residences project in Central Delhi and offers luxury homes serviced by The Leela (Leela Lace Holdings Pvt. Ltd), in a price range starting at Rs 7.61 Cr. The latter- Raheja Revanta located in Sector-78 of Gurgaon, is being developed as an iconic address offering a luxurious lifestyle at a price starting at Rs 3.02 Cr.