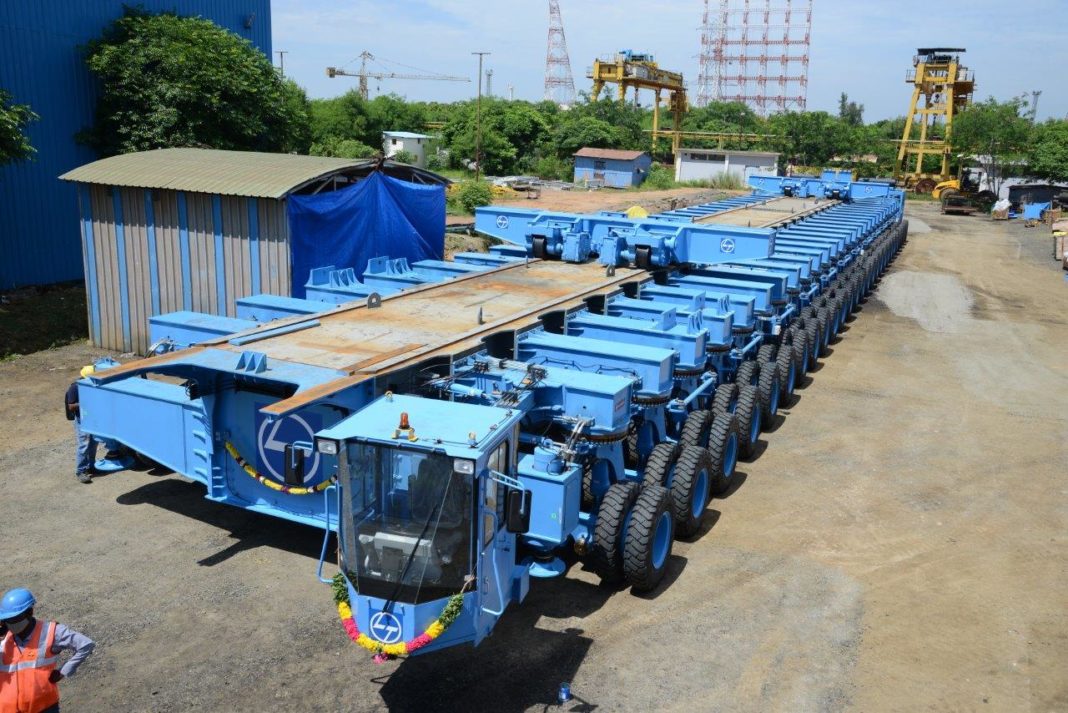 Union Minister for Railways Ashwini Vaishnaw on September 9 flagged off the L&T-built full span launching equipment that has been developed for the Mumbai-Ahmedabad High Speed Rail Project (HSRP).

The virtual flag-off ceremony was performed at the company’s manufacturing facilities in Kanchipuram, about 50 km from Chennai.

According to a press release, considering the enormous scale of construction involved in constructing the 508-km long, Mumbai-Ahmedabad High Speed Rail Corridor project, of which L&T’s share is 63 pc, there is a need to adopt innovative, state-of-the-art construction techniques and methodologies to hasten the pace of execution.

The full span launch equipment comprising straddle carriers and girder transporters will transport and erect full span girders as a single piece for the double track. The 40-m long girders weighing 975 MT will be the heaviest PSC box girders to be precast and erected in the construction industry, added the release.

“This is a true reflection of our alignment to the spirit of building an Atmanirbhar Bharat,” said Subrahmanyan, at the launch. “Both these equipment have been entirely designed and developed in-house and, most pertinently, customised to the specific requirements of the High Speed Rail project that is by far the largest EPC project ever to be awarded in India,” he added.