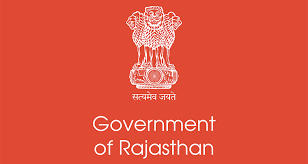 The Rajasthan Government on Saturday signed 51 memoranda of understanding (MOUs) for projects worth over Rs 11,531 crores and slated to create 26,678 jobs in industry, agriculture, urban development & housing, mining and tourism sectors.

Addressing the gathering on the occasion, the Chief Minister said, “During the Resurgent Rajasthan Partnership Summit, we signed 295 MoUs amounting to Rs 3.21 lakh crores cutting across sectors. Our aim is to keep the momentum going and continue to facilitate investment in the state.”

The Chief Minister said “to strengthen the support being extended to the investor community, a diligent review mechanism has been established at all levels. Ours is a commitment to handhold the project throughout the investment lifecycle.”

The projects, for which MoUs were signed are expected to create employment for over 25,000 people across the state, and will be developed in partnership with different Government departments.

Union Budget 2016-17: below expectations – but with some major positives: JLL

Dividend distribution tax on REITs removed in the Budget