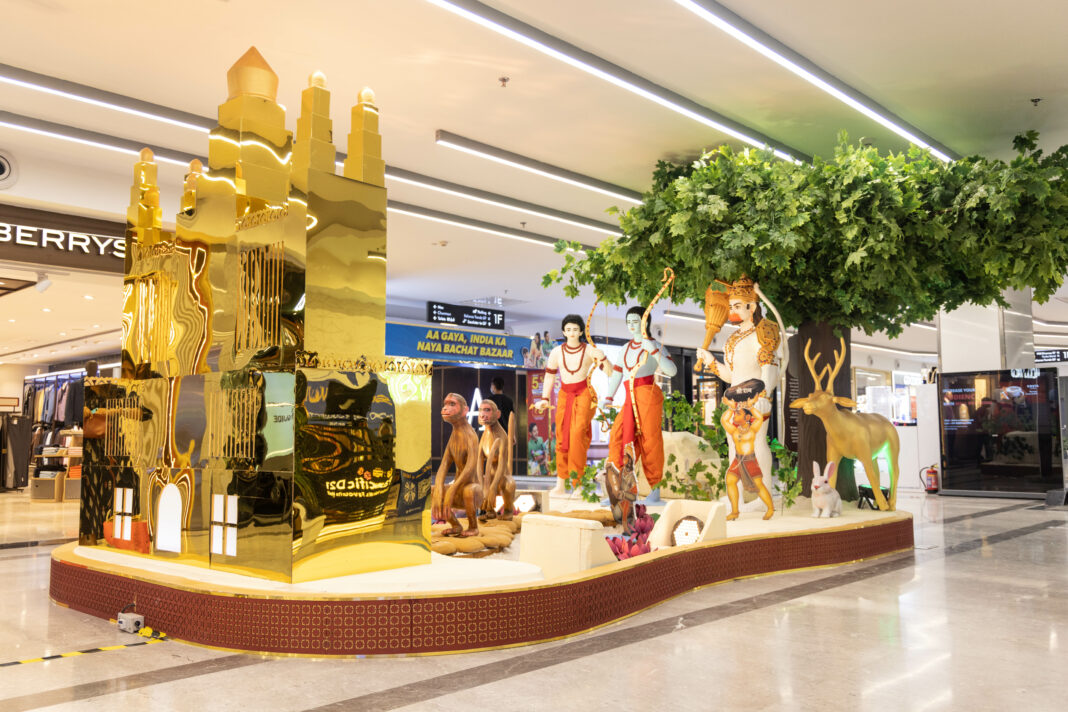 A Ram Setu structure has been installed in Pacific Mall D21, to recreate one of the most memorable chapters of Ramayana, Ram Setu, and invoke a theatrically pleasing experience among visitors by Pacific D21 at its 2 day Dussehra event. Attracting attention across horizons, it is a rare feat achieved by Pacific D21. The Ram Setu structure has been constructed by traditional Calcutta artisans. A press release issued by the company says that, envisioned and executed on a massive scale, its special attraction is the seraphically carved out stones which are engraved with golden letters of Ram.

The event also has a Dwarka Garba Night on October 1-2. The two-day event is expecting a footfall of approximately 4000 families.

Commenting on the upcoming event, Abhishek Bansal, Executive Director, Pacific Group, said, “The Ram Setu structure has been carried out on a monumental scale and is a labor of love from talented sculptors, designers, and artisans. It is a representation of our wondrous history and gives us an opportunity to witness with pride and humility. Pacific Mall D21 has always come up with out-of-the-box ideas to light up people’s festive experiences and provide them with gallops of entertainment, laughter, and fun. This Dussehra event is a manifestation of those intentions.”