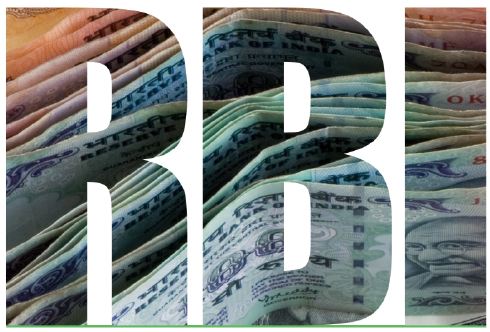 The Reserve Bank of India’s abrupt tightening of norms on the 80:20 or 75:25 upfront home loan scheme has taken the realty world by storm with developers expected to take a hit just too soon and real hard.

The recent advisory issued by Reserve Bank of India (RBI) on the 80:20 or 75:25 upfront home loan scheme, which disallows banks from granting loans for under construction projects, has cast its long dark shadow in the world of realty developers who are understandably shocked.

As per the RBI’s advisory, the banking regulator has cautioned all banks to closely link the home loan disbursal with the stages of construction of a housing project. In cases where a bank loan is disbursed upfront on behalf of an individual borrower in a lump-sum to developers without any linkage to construction stages, banks, RBI believes, run a disproportionately higher exposure with concomitant risks of fund diversion.

Generally, home loan formats like the 80:20 or 75:25 schemes make upfront payment to builders or developers. Such schemes are meant to attract buyers in the already bleeding realty market. Under such schemes, buyers need to pay 20-25 per cent of the full value of the house upfront after which they don’t need to pay equated monthly installments (EMIs) for two years. However, some banks were found paying the remaining 80 per cent in lump sum to the builders upfront at the initial stage of construction.

The RBI’s move, many experts feel, will generate more stability in the residential real estate market, while the real estate consultants and developers envisage a big slump in their sales due to this abrupt decision by the banking regulator. “I think it will generate more stability in the market.  Under this scheme, builders were getting upfront money on borrowers’ accounts, and this entire funding up to 80 per cent is being given by the banks as loan to the borrowers, but actually parked with the builders. Also, it would increase the risk of diversion of funds to some other projects, ultimately leaving the borrower high and dry. So, it has various potential hazards in it which would increase risk of default,” said RV Verma, chairman, National Housing Bank. 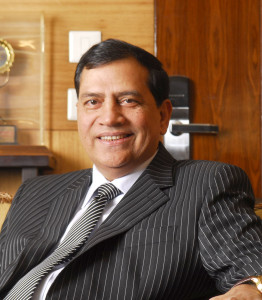 RBI’s directive to banks will have negligible impact on existing projects as banks have already barred giving home loans on such types of down payment schemes from the last couple of years. Today, more than 90 per cent of projects receive home loans on construction-linked plan (CLP). Scheme based payment also provide boost to the sector and economy, so it may hurt market sentiment and interests of buyers who are availing home loans on such scheme
Anil Kumar Sharma, President, CREDAI-NCR 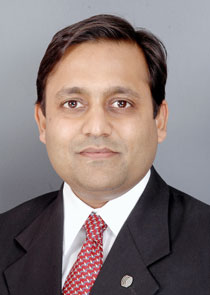 Though these schemes do invariably mention the financial implications to the consumer in the fine print, many consumers are evidently unable to decipher it. This move by the RBI is aimed at protecting the interest of property buyers who are not aware of the long-term financial implications of such and similar schemes. It is definitely meant to advance the cause of greater transparency in the Indian real estate sector, and also to protect the financial institutions that provide funding in it.
Shobhit Agarwal, Managing Director, Capital Markets, Jones Lang LaSalle India


On the other hand, Anshuman Magazine, chairman and managing director, CBRE South Asia Pvt Ltd, said: “The RBI’s decision will adversely affect the sale of projects where such schemes were prevalent. No doubt, banks should do their due diligence and assess risks before agreeing to fund these schemes. However, they should be allowed the flexibility of such schemes which encourages more people to own homes.”

As expected, developers are not happy with the scheme.

“It will impact sales in a huge way. Abruptly issuing such circulars, advising banks against established practices only harms the sentiments and disrupts business plans. This will be a setback for projects affecting end consumers,” said Lalit Kumar Jain, chairman, Confederation of Real Estate Developers’ Associations of India (CREDAI) and chairman and managing director, Kumar Urban Development Ltd. “Such schemes constitute only 5 per cent of sales and 20 per cent of cash flows, so it will surely hit builders very badly,” Jain added.

From the homebuyers’ perspective, there may be some mounting risks of delayed projects which may affect the buyers financially and emotionally. For instance, a two-year EMI-free period sounds attractive, but what if the developer delays the EMIs it is supposed to pay on the buyer’s behalf? Credit watchdogs like Crisil will not hold the developer responsible, rather, the buyer’s credit score will suffer.

However, Verma said: “The buyers who were getting the funds easily, or in cases where the amount which used to be deposited with the builders right upfront, without linking it to the stage of construction, I think the borrowers will now feel much more safe, because we also know that the borrowers have become educated and they know the mechanics of construction, loan releases, etc.”

I think it will generate more stability in the market. Under this scheme, builders were getting upfront money on borrowers’ account, and this entire funding up to 80 per cent is being given by the banks as loan to the borrowers, but actually parked with the builders. So it has various potential hazards in it which would increase risk of default.
RV Verma, Chairman, National Housing Bank

The RBI’s decision will adversely affect the sale of projects where such schemes were prevalent. No doubt, banks should do their due diligence and assess risks before agreeing to fund these schemes.
Anshuman Magazine, CMD, CBRE South Asia

It will impact sales in a huge way. Abruptly issuing such circulars, advising banks against established practices only harms the sentiment and disrupts business plans. This will be a setback for projects affecting end-consumers.
Lalit Kumar Jain, Chairman, CREDAI & CMD, Kumar Urban Development Ltd

When such schemes come into the market, it is a reflection of fund crunch. Currently, fundamentals and pricing are not correct and these freebies (EMI-free period) will give limited cushion to the developers.
Samantak Das, Chief Economist & Director (Research), Knight Frank.


“When schemes like these come into the market, it is a reflection of a fund crunch. Currently, fundamentals and pricing are not correct and these freebies (EMI-free period) will give limited cushion to the developers,” said Samantak Das, chief economist and director (research), Knight Frank India.

Over and above, the realty loan curbs by RBI may hit the builder-investor ties that accounted for nearly 50 per cent of the sale transactions in the last one year. As a result, one cannot rule out the possibility of a slowdown for the sector in future. With their major source of easy revenue drying up, a liquidity crunch looms large. As private equity investors and banks mount pressure for repayment, a softening of property prices looks inevitable. 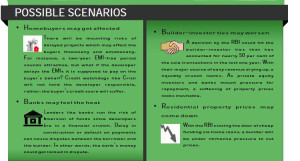 “A majority of those who purchased homes under the scheme are investors, who have no intention to pay the 80 per cent at the time of possession and would be the first to exit to book profit,” said Pranay Vakil, chairman, Praron Consultancy Pvt Ltd.

Investors are second-home buyers and high-net worth individuals who found a safe haven in real estate rather than in the stock market. In the prelaunch period, developers normally sell 20 per cent of their projects to investors. Builders were able to hold up prices bearing the interest payment for buyers.

“It will be a double whammy for developers. There is no money in the IPO market, rivate equity will be concerned of their returns, the rupee-dollar fluctuation and availing construction finance is a challenge. Now, with the RBI closing the door of cheap funding via home loans, a builder will be under immense pressure to cut prices,” said Ramesh Nair, chief operating officer of Jones Lang Lasalle, a global property consultant.

In a rising market, where real estate prices are going up and buyers are confident of a steady increase in income levels, the 80:20 product could have been a ‘game changer’.

It is believed that established players may be able to weather the storm, while smaller players will be the first to default. The real game is yet to start. Let’s wait and watch.

A majority of those who purchased under the scheme are investors, who have no intention to pay the 80 per cent at the time of possession and would be the first to exit to book profit.
Pranay Vakil, Chairman, Praron Consultancy.

Stopping this scheme, for sure, will have an adverse impact on developers. Those developers with deeper pockets can sustain but the rest will have to either look at selling the core assets to bigger developers or cutting down on prices.
Gulam Zia, Executive Director (Advisory), Retail & Hospitality, Knight Frank India.

Many developers have been banking on funds generated by these schemes to complete and deliver their projects. The RBI’s move can prove to be yet another blow to the residential real estate industry. This comes at a time when construction costs have risen sky-high and the cost of funding is crippling, so it is unlikely that this will lead to a reduction in prices.
Kishor Pate, CMD, Amit Enterprises Housing Ltd.

Though RBI’s advisory has left it to the banks to decide, yet even a suggestion from the central bank has some impact on sentiments of both buyers and developers. The kind of mid-way policy changes might create confusion among all the affected stakeholders — buyers, developers and banks.
Taran Deep, General Manager, Marketing, Paras Buildtech.