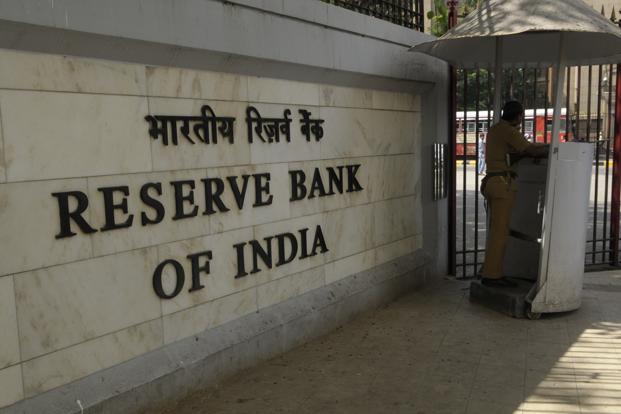 The Reserve Bank of India (RBI) has left the key interest rate or the repo rate unchanged at 6.5 per cent in the second bi-monthly review of its monetary policy on Tuesday. RBI indicated that the risks to inflation were on the upside. “The inflation surprise in April reading makes the future trajectory of inflation somewhat more uncertain”, RBI said. The central bank had lowered rate by 25 bps to 6.5 per cent in the last policy review in April. RBI has reduced the repo rate by 150 bps since January 2015. Given the uncertainty, the RBI stays on hold but policy remains accommodative, says RBI governor Rajan. We may supply dollars in case of extreme volatility, but no one should take that as granted he added. April Inflation was higher than the market or what we have expected, we need to see how it pans out said RBI governor. On his extension as RBI governor Rajan said, “I can’t do better than point you to the statement of the Finance Minister and the Prime Minister.” “Seriously, in all such cases a decision is reached after discussion with the Government and the incumbent. I am sure you will know when there is news,” Rajan added. Can’t rule out Brexit as a potential source of volatility, said Rajan. We are not overly perturbed, said Rajan on payments bank dropping out.

Pratik K. Mehta, MD, Unishire, said, “RBI has done what is best for country’s economic growth. Any reduction in rates will always be wanted especially for realty sector but what is more important is passing on of the rate cuts to the home buyers. Benefits of past rate cuts have not been completely passed on to the home-buyers yet, if banks decide to pass them, that itself can be a big boost to the sector. Our sector is witnessing a slow down on sales, prices of real estate have bottomed down in key end user driven markets, thus, interest rates play a key role in pushing the fence-sitters to take decision. Even RBI has maintained that transmission of interest rates is critical for growth. We welcome RBI’s move and hope that now banks do their part to help in uplifting the realty market sentiments.”

Manish Agarwal, MD, Satya Group and VP Credai NCR, said, “RBI maintaining a status quo on key rates changes was expected but for the real estate sector a cut would have helped in improving the market sentiments. Although RBI has reduced the rate by 25 bps in the last review but the sector required a cut of minimum 50 bps. For couple of years the real estate sector is in low phase and high interest rates have been one of the reasons due to which buyers are away from the market. We expect a good rate cut in the next review because a good monsoon is expected which will bring down the inflation especially in essential commodities and being a quarter were sales are high because of festive season. A good rate cut before the festive season will boost the market.”

Arjunpreet Singh Sahni, ED, Solitairian, said, “Although it was expected because RBI had reduced the rate in one of the previous quarter however a cut could have given good impetus to the sluggish sector. A cut would have ensured the bank to reduce the interest rates which are still high. Including the last financial year the RBI has reduced rate upto 125 BPS where as bank has so far reduced up to 75 bps. The RBI also reviewing the implementation of marginal cost lending rate framework by banks this was introduced to ensure that the changes in interest rate policy is effectively transmitted to the bank customers. A positive review can force the bank to reduce the interest rate.”

Pankaj Kumar Jain, Director, KW Group, said, “A cut of 25 Bps would help the market which is still sluggish. Lower interest rates are important for sector to flourish. Although the RBI has periodically reduced the rates but banks are still charging high interest rates for home loans. RBI has to push the banks to pass on the benefits to the customer. It is also expected that RBI should reduce the rate in the next review prior to the festive season to boost the sector.”

“Indian Government has been successfully rolling out several initiatives and reforms to pull back the economy on track. With Government’s determination to streamline India’s overall economy, RBI should have complimented these steps by softening interest rates. Market aspirations were also looking forward to such move, which would have surely aggregated positive buyer sentiments especially for real estate and automobile sectors. While Indian economy is showing some encouraging signs, it was the opportune moment to offer moves that would have ascertain steady momentum.” said, Atul Banshal, President – Finance & Accounts, M3M Group

“We welcome the decision for a better prospect as it seems that it want to create a conducive environment for the economic growth and anticipate for a positive outcome. However a reduction in policy rates at this stage would have been highly favorable for real estate industry which is reeling under low-demand pressure since long. Going forward we expect RBI to cut rates in its monetary policy in order to revive the sentiment of the real estate sector” said,  Rajesh K Gouri, Vice President, Homestead 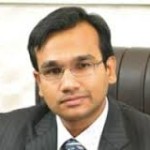 According to Gaurav Gupta, General Secretary, Credai Raj Nagar Extension, “RBI has held the Repo Rate unchanged at 6.65 percent, Reverse Repo Rate at 6 percent and Cash Reserve Ratio at 4 percent which was down the expected lines. Increasing crude prices, implementation of 7th pay commission and monsoon which is predictable to be good this year are also factors for keeping the interest rates constant in this monetary policy. Therefore, keeping the rates unchanged might be a wait and watch policy for the central bank. However a further reduction in rates would have improved the real estate sentiments and prop up growth too. Real estate is a sector which is already recovering from slowdowns and any cut in rates would have positively affected the real estate market further improving the demand by home buyers too”.

Deepak Kapoor, President, Credai Western UP, said, “It was an expected move from RBI to hold back the interest rates considering inflation and crude oil prices. Also in the last policy review the rates were reduced by 25 basis points. It is also expected that country would receive above normal monsoon which might soften inflation in coming days therefore maintaining status quo was anticipated. Although even a small cut in interest rates would have helped real estate sector in a big way but we are eyeing for healthier market conditions ahead. Slashing down the policy rates at this moment would have had a remarkable impact in boosting the realty sector and facilitating growth. Moreover, RBI should compel banks to pass on the benefit of reduced rates to borrowers as only few banks have reduced the interest rates”.

Pankaj Goel, Secretary Credai NCR, said, “RBI was expected to pause on the interest rates in this bi-monthly policy and there was little room for further cuts considering current repo rate which is already running behind the medium term CPI inflation of 6.9 pc. Also this move came as a wait and see policy as US rate hike is anticipated and any shortfall in the expected rains might lead to upsurge in food prices. However, there could be rate cuts in the next policy reviews if forecasts for good rains come true. But then any amount of rate cuts would have brought cheers to realty sector as it would have directly impacted the borrower’s sentiments and demand for homes. We were expecting rate cut as real estate being a rate sensitive sector would have been benefited in a big way by reduction in rates, further creating a positive environment for realty market.” 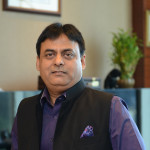 According to Prashant Tiwari, Chairman, Prateek Group, “RBI’s announcement to keep the interest rates unchanged signals that our economy is on the right track of growth. GDP growth was recorded at 7.9 pc in the January-March quarter making India one of the world’s fastest growing economies. Maintaining the status quo on policy is also in line to restrain inflation expectations. However, reduction in interest rates would have optimistically affected the real estate sector and would have enhanced the growth in realty sector. The announcement seems to be a balanced move by RBI as a decent amount of rate cuts have already been given in previous policies to stimulate growth. Now, it’s the lending banks who need to take actions and pass on the reduced rates to loan borrowers.”

Vaibhav Jain, Chairman, Rise Group, said, “Led by our expectations RBI has refrained itself from cutting the policy rates in this monetary review. The move came as a result of surging oil prices, implementation of 7th pay commission which may lead to inflation and the-soon-approaching monsoon which is expected to be normal or higher than normal after 2 years of rain deficiencies. But a rate cut of even as small as 25 bps would have triggered positive sentiments in realty market as this small cut also means a lot to borrowers and provides huge savings in the long run”. 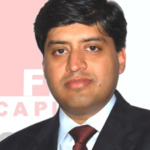 According to Om Chaudhry, Founder & CEO of FIRE Capital and Chairman & CEO of Astrum Value Homes “RBI keeping the interest rates unchanged is not of any surprise as these expectations rose after (CPI) consumer price inflation moved north to a more than expected 5.39 percent due to higher food prices. The move also came to accelerate economic growth and to stick to the fiscal deficit targets of the government. The decision to hold back interest rates might also have to do with global crude oil values and inflation as well. Hopes for better rains this year is also an influencing factor for maintaining status quo. But then rate cuts are also important to lower the cost of funds and spur investments in a sector like real estate which is one of the biggest contributors in India’s GDP growth”.

Sanjay Rastogi, Director, Saviour Builders Pvt. Ltd., said, “The move to keep policy rates untouched came as per our anticipations with growing concerns about risks of inflation. On the positive side it is also an indication that economy of our country is on track of improvement. In the past year, RBI has given good amount of rate cuts to spur economic growth but lending banks have still not passed the reduction of interest rates to borrowers. It’s important that banks pass on this benefit to borrowers too so that they feel encouraged to invest in properties”.