MUMBAI: The Reserve Bank of India’s decision on Tuesday to maintain status quo in its monetary policy review by keeping interest rated unchanged for the fifth time in a row didn’t go well with the real estate industry.

Although RBI Governor Raghuram Rajan gave a strong indication that rate cuts could come early in 2015, the industry felt its hopes have been belied.

The Confederation of Real Estate Developers’ Associations of India (Credai) expressed disappointment at RBI status quo even when the inflation is already under control and there is a need to focus on fueling the housing growth by reducing the rates. 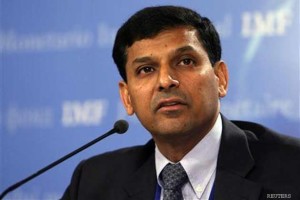 C Shekar Reddy, President, Credai, said,” The RBI decision to keep the key rates unchanged will not help the real estate sector development.” Presently, he said, the overall inflation is under control, the crude oil prices are also low and the overall business required an upward momentum.  “A reduction in policy rates at this juncture would have a significant impact in boosting the industry and facilitating growth”, he said.

Sachin Sandhir, Global Managing Director – Emerging Business and MD – South Asia, RICS, said, “With moderation of inflation there was an expectation of the industry that the Reserve Bank of India (RBI) will cut interest rate in its bi-monthly monetary policy. A rate cut at this stage would have further galvanised the market sentiment and helped in growth.”

However, he said, the RBI move to not cut key policy rates comes on expected lines, as the recent economic data suggests that the much anticipated headroom for easing the policy stance is still far from being achieved.

Rohit Raj Modi, President of Credai NCR, said, “It is quite evident that RBI is under the status-quo. It is looking towards curbing inflationary factors. However, a rate cut would have been a boon for the sector at a time when it is coming out of a not-so-good festive season.” In a statement to Realty & More, Modi said, “A mere reformatory announcements from the Government would not do much if it is not supported by monetary liberty.”

Pradeep Jain, Chairman, Parsvnath Developers Ltd., said, “RBI is only looking towards taming inflation. It is overlooking the pressure being borne by key sectors.” Jain further added, “RBI should understand that curbing inflation at the cost of growth is not a wise step. It should stand up and cut the rates in its next review to pump fund into the economy and the real estate sector in particular which is one of the major contributors to the GDP.”

Dhiraj Jain, Director, Mahagun, said, “RBI’s decision to keep the CRR, repo and reverse repo constant is a strategy to control inflation which is a long-term goal of the Government.” He said, “Positive vibes would have been repelled in this low- sentiment market if there had been changes in the rates. This would have reflected in lower home loans and liquidity for investors and builders.”

According to Nikhil Jain, CEO of Ramprastha Group, “Although the real estate sector would love to see interest rates cut so as to allow for lower cost of borrowing and repayment on home loans, I think the wait won’t stretch too long before the central bank deems it fit and proper to bring down rates.”

P Sahel, Vice-Chairman, Lotus Greens Developers Pvt. Ltd, said, “The decision by the central bank to keep the CRR unchanged at 4 per cent is a sign of improvement signalling the march of economic recovery.”  However, he said, “The entire developer community was expecting a further rate cuts easing the process of borrowing and repayment of home loans. Nevertheless, we expect that the central bank will decrease the rates further at an appropriate time giving breather to the real estate sector”.

In his reaction, David Walker, Managing Director, SARE Homes, said, “The real estate industry is looking forward to an interest rate cut as inflation has fallen significantly and the real estate market continues to be slow. A reduction in rates will give buyers reassurance that we are now on a downward trend for rates which will reduce EMIs and make property purchase more affordable.”

Aman Nagar, Director of Paras Buildtech, was more circumspect in his reaction, saying, “Despite pressure from Government, if Mr. Rajan has kept the policy rates unchanged, there must be a sound reason for that. It is always wise to give buffer time after normalisation of economic indicators.”

According to Manish Agarwal, MD of Satya Group, “Though the RBI could have gone with a slight reduction in policy rates, it seems the Governor wants to completely tame the inflation rate before going all out for economic growth.”