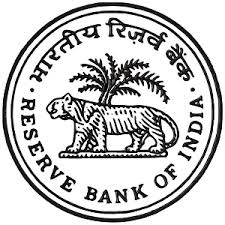 In a surprise move, banking regulator Reserve Bank of India (RBI) on Tuesday hiked the repo rate by 0.25 per cent to 8 per cent, but said that if consumer price inflation eases as projected it does not foresee further near-term tightening. The move from the RBI governor Raghuram Rajan came as a surprise to most market analysts and may have a bearing on interest rates. It may also push up the cost of funds for retail as well as corporate borrowers.

The repo rate – what banks pay when they borrow money from the RBI to meet their short-term requirements – now stands at 8 per cent per annum.

The reverse repo rate that the RBI pays to commercial banks when they park their surplus short-term funds with the central bank has been adjusted to 7 per cent.

In its third quarter review of the monetary policy, the RBI also hiked the marginal standing facility rate by 0.25 per cent to 9 per cent. The RBI kept cash reserve ratio unchanged at 4 per cent.

Experts and developers feel that there would be impact on home loan borrowers as well. They believe that the RBI’s hawkish stance by increasing repo rate by 25 basis points, intensifies the crisis that the real estate sector. “The signal from the RBI is clear; it wants to contain inflation by increasing rates versus promoting growth by lowering rates. This stance is disappointing for the real estate industry; just when we started to see some lift in home sales, this move can potentially derail the sector, which has been witnessing financial headwinds due to subdued sales and limited access to funding.

Fortunately will remain subdued as it does not seem that banks will not change reduce mortgage rates immediately in the next 6 months,” said Sanjay Dutt, executive managing director, South Asia, Cushman & Wakefield.

“Home buyers are already dealing with high food and fuel prices, which are eroding their monthly savings. A lowering of rate would have induced some of them to consider a home purchase and benefitted sales. Cost of funds available to developers is also likely to increase, which will impact companies’ earnings negatively,” Dutt added.

While real estate developers feel that there is an impact on increase in repo rate on the real estate sector. “The effect of increase in repo rate announced by RBI would be nominal, and is not going to affect market sentiments.  Rather it would bring about strength and stability to the economy which is good for all segments of the economy in general and to the real estate sector in particular,” said RK Arora, chairman and managing director, Supertech Limited.

The RBI said growth is expected to fall below 5 per cent in 2013-14 in absence of pick-up in manufacturing sector, but likely to recover to 5.5 per cent in the next financial year. “Prospects of a pick-up in real GDP growth in the second half of 2013-14 have been dampened by negative growth in industrial production over two consecutive months,” the RBI said in the Macroeconomic and Monetary Developments report released along with the third quarter monetary policy review.

The policy decision was driven by an expectation that consumer price index (CPI) inflation will remain high, an indication that the RBI is looking to adopt a recent proposal to base its policy rate decisions on a CPI target.

According to RBI, the rate hike is in line with the indications given earlier. “Inflation excluding food and fuel has been high. Rate hike will set economy on the disinflationary path,” said Rajan after the review.

RBI Governor Raghuram Rajan has said that the biggest risk to the rupee is the Consumer price Inflation. He also said that the slowdown in economy is getting increasingly worrisome.

“Growth in 2013-14 is likely to be somewhat weaker than the earlier projection as signs of pick up are yet to emerge. Improved confidence and actions to support infrastructure projects could translate into a slow-paced recovery in 2014-15 provided these actions are sustained,” said RBI.