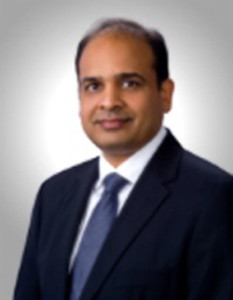 Assuming that one has the financial wherewithal for this to be an option at all, the question of whether to invest in a bungalow or a flat is indeed pertinent. As always, location plays an important role. In an established area of a large city like Pune, a bungalow costs a lot more than a flat. This means that the rental market for such a property shrinks proportionately.

However, the income segment that remains can definitely afford to rent such a unit, so demand would remain more or less consistent. Moreover, bungalows in established locations have a high chance of attracting long-term corporate leases.

Investing in a bungalow in an upcoming location usually involves a lower (though still sizeable) capital investment. The rental yield is lower, but the size of the rental market for such a property increases proportionately. Investment in a bungalow in such a location can make a lot of sense if the area, despite being non-prime, is still well-connected to some of the city’s major economic drivers, such the airport or employment hubs such as IT parks and manufacturing zones.

One major advantage of investing in a bungalow in an upcoming location is that it will gain steadily in value as the area’s profiling in terms of social and civic infrastructure improves. However, regardless of location, the maintenance costs and property taxes involved in a bungalow are a lot higher than those of flats. This long-term financial implication must necessarily be factored while investment in a bungalow is considered.

If we set the considerations of location, ticket size and potential rental yield aside, the primary advantage of investing in a bungalow rather than a flat is that one secures more land. In any location, it is the value of land which determines the value of built-up property. Unlike a flat, a bungalow and its compound lock in a significant piece of tangible land. This fact gives a bungalow a higher value in real estate terms. Also, the investor must have a suitably long investment horizon and not be looking for short-term returns.

Flats offer a slightly different value proposition than stand-alone units such as bungalows. In the first place, the share of land that is legally allotted to each flat in a project is much lower than that of a bungalow. The primary value of a flat lies in the space that it occupies, which is why larger configurations such as 3 and 4 BHK attract higher rents.

As before, location will dictate the ticket size as well as rental income. The rental market for flats is much larger than that of bungalows, so finding tenants is easier even if one factors in a certain degree of tenant churn. However, one must ensure that one is investing in a flat whose size dovetails with the median income profile of the location. The highest demand will always be from the locality itself, and from people working in offices and industries close to the area.

Buying a flat whose size puts it out of the largest local demand profile can be a self-defeating and costly mistake. Generally, the 1, 2 and 2.5 BHK configurations are the safest investment bet in any area, since the rental demand for them is always the highest. With ultra-premium flats as a logical exception, maintenance and property tax for apartments is significantly lower than for bungalows.

In terms of location, investors into flats must consider all the pertinent factors carefully. Flats in established locations are costlier and involve a higher capital expense. They will attract rental interest from a segment of higher economic profile. However, it must be borne in mind that capital appreciation of flats in centrally located projects is slower than in many upcoming areas. This is because high-end locations tend to hit an appreciation plateau, which can persist for long periods.

Upcoming locations appreciate faster because their market viability is being enhanced with increasing accessibility as well as social and civic infrastructure. They attract more people, since any city’s growing population tends to move into areas which are affordable. For that reason, emerging locations also tend to attract a lot of commercial establishments – which further boosts the residential segment.

To ensure that growth factors such as assured infrastructure and social amenities are indeed locked into place, investors into apartments should ensure that they choose projects that fall within the local municipal limits. If a project falls outside the city’s corporation limits, there is no guarantee that the location will receive proper infrastructure such as roads and regular water and electricity supply. Without such infrastructure, a location does not appreciate – thereby rendering it unsuitable for smart property investment.

(The writer is Managing Director of Pride Group)