Though a rate cut was widely expected by all, the timing of Thursday’s Repo Rate cut of 0.25 per cent has taken all by surprise, as everyone was expecting a cut on February 3, when the Reserve Bank of India (RBI) Governor Raghuram Rajan is scheduled to make its next policy announcements. The move comes a day after December wholesale inflation of 0.11 per cent was released.

Sandhir, Global Managing Director – Emerging Business and MD – South Asia, RICS says, “The move comes on expected lines. The primary reason for the repo rate cut is the consistent easing of the inflationary pressure, as indicated by the recently published government data. With the rate revision, it is likely that there will be a surge in corporate lending. This would benefit the real estate and construction sector firms too” 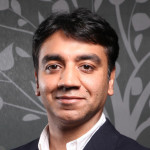 P Sahel, Vice Chairman, Lotus Greens
“It comes as breather during the time when the market seek such reforms due to soaring burden of high construction cost. The developers were waiting for this and it shows economy is set to recover soon. We believe that the move will further reduce the home loans rates which may further bring prospective home buyers back to market. It is appreciated that RBI has taken a positive step, which will help in the improvement of the real estate sector”. 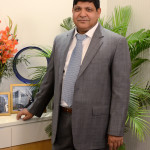 Mahipal Singh Raghav, CMD, MMR Group
“A no rate change in December last year, consistently decreasing inflation and a much slower WPI and CPI recently provoked the RBI to reduce the rate. Although, a 25 basis point reduction won’t be much, but a series has begun here which will help in the generation of positive sentiments in the market. The effects will become visible in the market by third or fourth quarter this year, as customers will now be gearing up for investment”. 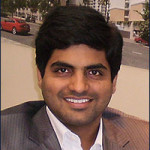 Nikhil Jain, CEO, Ramprastha Group
“The industry was waiting for this move which has come as a surprise from the Apex bank. We appreciate this decision which will beef-up the market liquidity and empower the customers in buying decision by reducing the home loan”. 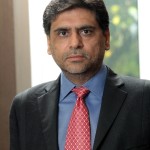 Neeraj Gulati, MD, Assotech Realty
We as developers hail the decision taken by the apex bank to slash the repo rate  by 25 BPS which came to us as a sigh of relief. This would bring forth liquidity in the market which would act as a booster for the real estate sector as a whole.  Finally, the RBI has taken the cognisance of the situation and had been able to steer it towards the trajectory growth path. It will be a win-win situation for all the stakeholder across the realty sector” 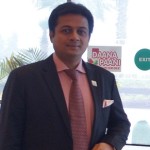 Gaurav Mittal, MD, CHD Developers
“The much awaited move has brought a sigh of relief not only for developers but also for home buyers who were waiting for the market rectification.  The market after a long time of sluggishness has started witnessing ripples for positive trajectory and with the reduction in home loans and economical options available for home hunters, this is the best opportunity in 2015.”

Ajay Kumar, CMD Ace Group
“The cut of 0.25 basis in the repo rate has given a ray of hope in improving the economic condition of India in general and real estate sector in particular. Consequently, it is now expected of the banks to further cut down interest on home loans accordingly to give a boost in the buying spree which has been witnessing sluggish sales in the entire country. The real estate sector still look forward to RBI take the drastic steps in its forth coming monetary policy after the presentation of the Union Budget of 2015 to revive the market.” 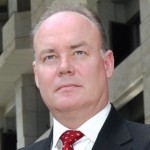 David Walker, MD, SARE Homes
“The RBI cutting rates is confirmation that inflation and future expectations of inflation are well within RBI’s comfort zone of 6%. The 25 bps cut in the repo rate is an inflection point and further cuts are expected in the future months.” 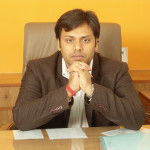 Sunil Kumar Jindal, CEO, SVP Builders
“RBI’s repo rate cut is a good news for real estate sector, which has been demanding good playing field to make it possible for the buyers to fulfil their dream of home. We expect that this year more such steps will follow to help the real estate sector come out of the abyss. As Indian economy will contain inflation, the prices might also come down depending on the market situation, which again will be a good news for the buyers and investors alike” 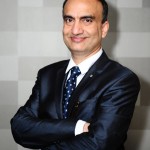 Deepak Kapoor, Director Gulshan Homz
“Developers and potential customers had this on their wish list and RBI has bought an early surprise for the public. The commercial property market will receive an immediate boost from this decision whereas; homebuyers will start increasing demand by late this year or first quarter next year. The inflation rate and fiscal deficit is getting under control which is a strong sign that RBI might even lower these rates in the upcoming 2-3 quarters”.

Kushagr Ansal, Director, Ansal Housing
“The economic recovery has begun and this move is a valid proof for the same. The effects will be quickly prominent for the commercial real estate category and leasing; as the housing demand will pick up by the end of this year”.

Rajesh Goyal, MD, RG Group
If the present inflation rate and variations in inflationary expectations continue to occur, and fiscal developments are encouraging, a positive change in the monetary policy stance is likely to continue further as well. The market sentiments are on the move and this reduction in interest rate will surely result in creation of a pool of demand which will help this sector to perform better”. 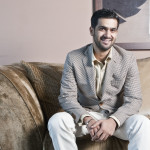 Aman Nagar, Director, Paras Buildtech
“This repo rate cut, though insufficient, is a timely dose to revive and revitalize the consumer sentiments. With inflation effectively tamed and a series of reform measures being taken, the apex bank has pitched in as an ideal ally to the central government who is working hard to boost economy and manufacturing. The real estate sector, along with other areas of economy, now has a reason to cheer, not merely because of rate cut, but the underlying positive message sent out by Mr. Rajan and his team” 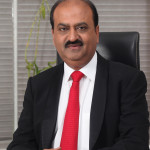 Manoj Gaur, MD, Gaursons & President CREDAI Western UP
We are happy by this move of RBI as this decision will bring a huge relief to the sector which was battling through tough times. The existing and upcoming buyers were eagerly waiting for this to happen since last year. Now with this move we expect the sales to improve as more potential customers will think of buying homes as the interest rates will be reduced. Now we have to wait and see that when will the banks and Home loan providers will reduce the interest rate. I think the year has started on a good note.

Ajay Aggarwal, Managing Director, Microtek Infrastructures
“Various sectors of economy, including real estate, were eagerly awaiting this moment since last one year and there could not have been a better time to cut the repo rate. With this rate cut, it seems that the central bank has tamed the inflation rate and has enough room now to align policy rates with growth, in stead of earlier focus on inflation. Now, its turn of banks to pass the benefit to consumers. We hope to see lending rates coming down to 8 per cent for home loans in near future.” 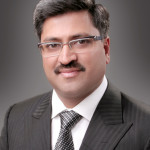 Manish Agarwal, Managing Director, Satya Group & Secretary, CREDAI NCR:
“The rate cut by 25 points, that too a fortnight before schedule meeting speaks for itself that RBI has enough leeway now to adjust policy rates as per growth needs. We look forward to continued spell of rate cuts this year.” 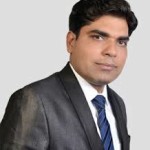 Ashok Kumar, CMD – JD Group Ltd
“This initiative will help in reducing inflationary expectations and reviving investment for overall growth. Real estate sector will be one of the major gainer with the repo rate cut as this will affect favorably on home loans EMIs and also that the sector still offers great investment options for investors as well as individual buyers. Any reduction in home loan and budget incentives always show positive impact on the buyer sentiments. RBI’s move will surely set a favorable mood and will also raise hopes for upcoming Union Budget. We are going through an encouraging phase of positive changes and this will further boost it”.

“The decision of RBI to cut the interest rates was long overdue in the environment of lower inflation and poor domestic demand. We are hopeful that with this interim announcement of rate cut the banks will take the cue and pass on the benefits to the end user which will trigger the demand and offtake of housing. We are hopeful that keeping in view the low inflation RBI will continue the change of stance in the monetary policy and address the industry concerns for growth and give the necessary impetus.”
C Shekar Reddy President CREDAI- National.

Repo Rate is the rate at which RBI lends short term funds to banks. Banks are now likely to cut interest rates on home loans especially for new customers.