Tall claims are being made by the government after vetting the Real Estate Regulatory Bill. Will it really be game changer for the sector ?

The Real Estate Regulatory Bill 2013, which the Union Cabinet approved after a long hiatus in June 2013, was touted to be a game-changer for property buyers as well as the industry as a whole. The aim of the bill clearly was to provide buyers with a level playing field in an industry that is perceived as chronically non-transparent.

Many clauses proposed under the bill are clear meant to protect property buyers from the malpractices that have often resulted from information-asymmetry. However, some of the clauses under the bill are also viewed as hurdles by the industry’s stakeholders, particularly developers. One such clause is the mandatory procurement of all construction approvals prior to project marketing / sales.

WHY THIS CLAUSE HURTS

For developers, the biggest concerns when it comes to obtaining approvals from the various approval authorities are:

* Approvals have to be sought from multiple civic authorities – the local municipal body (separate approvals required from departments in charge of sewage, environment, water, urban planning, etc.), the Electricity Board, traffic authorities, the fire department, airport authorities and do on. This is extremely time-consuming.

* Because of the long periods involved in obtaining approvals, the cost of construction and finance rises and naturally gets passed on to the end-users. Increased purchasing prices dampen demand.

* The Bill is silent on the approval authorities coming under the ambit of this clause (or the penalties for causing delays).

Seen in this light, the concerns of developers are genuine. The Government – or the market – will have to come up with some workable solutions for conundrums in order to avoid escalation of cost.

THE IMPACT ON PROPERTY PRICES

Firstly, we need to consider how clarity the policy offers with regards to what these mandatory pre-launch approvals would include. Significantly, as per World Bank’s statistics on Dealing with Construction Permits, a developer in India has to procure 34 different approvals for a residential project to materialise.

This is a massive procedural burden when compared to developed economies, where not more than 15-16 approvals are needed. In fact, it is high even by emerging markets standards – in Brazil it only takes 17 permits, in South Africa 13 and in China 28. There is a need to define at what stage of approval will the developer be able to start marketing his project to consumers – is it after obtaining the Intimation of Disapproval (IOD), a Partial Commencement Certificate, the Commencement Certificate, or otherwise?

Estimates suggest that the approval process in India usually takes around 1.5 to 3 years, and that it could account for 5-10% of the total construction cost of the developer on a conservative basis. With the increased delay-induced holding cost to developers, financing cost increases as well – and is passed on to the buyer. 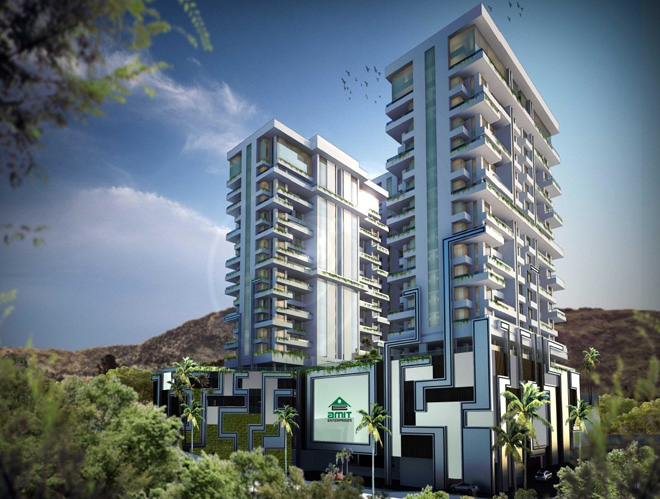 IS THERE A SOLUTION TO THIS?

The central authorities have identified the factor of administrative delays as crucial, and have formed an expert committee to suggest ways to provide single-window clearances to developers. As per the central government’s expert committee’s estimates, the right kind of decisions could possibly bring down the approval timelines from the current 196 days to 60 days.

However, this is easier said than done, considering that land in India is a state subject, and states having authority over this may want to make some changes in the bill specific to their states. Only time will tell how this arrangement will pan out.

WAYS TO STEM THE RISING COST OF FINANCING

In order to balance out the rising cost of financing due to approval delays and due to proposed condition about guidelines of utilizing accrued money from a project towards that specific project only, the central authorities can open up new avenues of funding for developers. One such possible avenue is the fast-tracked introduction of Real Estate Investment Trusts (REITs). REITs will not only provide institutional exits to funds that have invested in realty projects thus encouraging them and newer funds to invest as new sources of project funding – they will also help the industry to become more transparent due to the REITs model’s stringent disclosure norms.

Another area of funding could emerge if banks are allowed to capitalize land acquisition in India, with suitable conditions imposed on developers to launch and complete projects a reasonable period. This would directly compensate developers who were hitherto partially dependent on funds from pre-launch sales to make new land acquisitions.

There is no doubt that the Regulatory Bill will help the industry mature and create transparency in the long run. However, it may not hold immediate benefits for end-users after its enforcement. In the near term, we can only expect the fine print to become clearer. That said, the authorities have at their disposal certain policy tools that could be effective in dampening any negative side-effects that the bill could generate.

Tips on searching for properties online