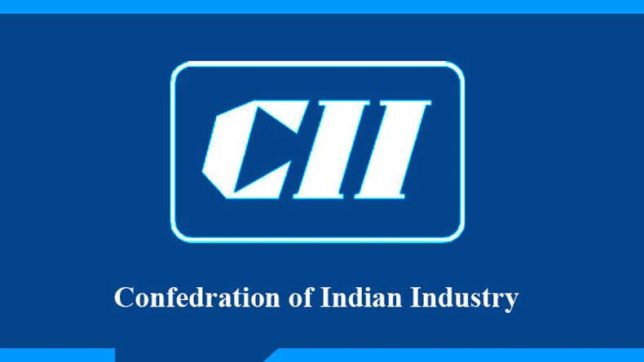 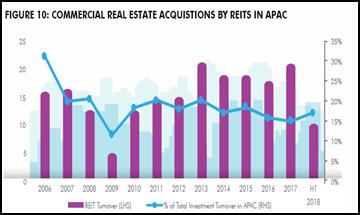 Shri Hardeep Singh Puri, Minister of State (Independent Charge) Housing and Urban Affairs, Government of India, said: “In a country of 1.25 billion people where nearly 30 percent people live in urban areas, the real estate sector holds immense opportunities. However, between 2018 and 2030, we have to build Chicago every year in a manner which is green and resilient. It would not be an exaggeration to say that India would be a 10 trillion- dollar economy by 2030”.

Terming RERA as a remarkable legislation, he said it has changed the basic ground rules of the sector. Detailing the various initiatives of the government in the real estate sector, he further added that the present government is committed to alleviating the concerns of homebuyers.

Anshuman Magazine, Chairman – CII Realty 2018 & Chair, CII National Committee on Housing & Real Estate and Chairman – India & South East Asia, CBRE, said “We are happy to have partnered with CII to highlight the evolution of the Indian real estate sector. Along with the industry’s focus on expanding its terrain, the government’s efforts towards building capacities and improving infrastructure have inspired greater operational efficiency across the country. Through initiatives such as RERA, REITs, Ease of Doing Business, Housing for All, the industry has witnessed the much-needed transparency across the realty value chain, enabling a ripple effect on capital inflows. As one of the largest contributors to India’s GDP growth, real estate today holds the opportunity to change the course of development in the years to come.”

The report was launched on the sidelines of the 14th edition of CBRE-CII Conference on Real Estate. As per the report, REIT acquisitions touched USD 10 billion, accounting for a share of 17% in the overall investment volume in Asia in the period H1 2018.  Highlighting that REITs in Asia have proved to be a viable choice for alternative investments, successful launches were observed in several Asian countries including Japan, Singapore, Malaysia and Thailand. In 2017 alone, total acquisitions undertaken by REITs in APAC crossed USD 20 billion, with an approximate share of 15% in the overall commercial real estate acquisitions undertaken in the region.

The report further highlighted that the average ticket size of investments is expected to increase as corporates keen on monetizing their land assets and smaller developers looking to retire debt bring attractive land deals to the market. Moreover, REITs will open a new investment avenue for investors by allowing them to invest in the property market with a minimum amount of INR 2 lakh – which is much more realistic than investing in a property.

Key insights from the report stated that both commercial and warehousing sector are set to witness an increased investment momentum on the back of various policy reforms that have resulted in a secure environment for investors and provided them better exit opportunities.

While the operating environment for RE in India is undergoing a metamorphosis, skilling for the sector is an aspect that demands attention as more than 80% of the building and construction workforce in the country is minimally-skilled. Factors such as limited institutes for specialized training, lower enrollment ratio for higher education, migratory nature of labour and disparity in wages are some of the key reasons why skilling for the sector remains a concern. Adequate government support, providing training facilities, incentivizing the employment of skilled workforce and ensuring wage parity can go a long way in providing the sector with a workforce prepared for the sector’s future.

The conference served as a common platform for sharing best practices while reflecting on elements that have led to the real estate industry’s progress so far. Key sessions deliberated on engaging topics like Exploring New Opportunities in Real Estate; Reviving demand through Policy Reforms; Moulding the Realty Landscape with Technology & Innovation and Skill Development- “Skilling and upskilling- Are we doing enough”?

The Indian real estate sector is at the cusp of change as policy reforms by the government have resulted in new capacity building and opened new opportunity sectors. The implementation of these reforms has resulted in greater transparency, thereby ushering in newer funding formats as well as leading to the emergence of “newer” asset classes for these funding avenues. The advent of technology and innovation will only result in a faster emergence of such sharper, smarter and investible assets.