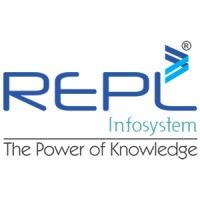 New Delhi, March 2017: Indore Smart City proposal was selected by GOI for the first phase of implementation, under the Smart City Mission (SCM). The Indore Area Based Development (ABD) proposal spreads across a contiguous land parcel, comprising of a total area of 742 acres, having a population of 1.2 Lakhs.

For the purpose of implementing the Smart Cities project, Indore Smart City Development Limited (ISCDL) (the “Authority”), a Special Purpose Vehicle (SPV) for Indore Smart City Project has been incorporated. District Collector is Chairman and Municipal Commissioner is Executive Director of the Company.

The ISCDL has appointed REPL and Knight Frank consortium to provide consultancy services for preparation of Area Based Development Master Plan/ detailed layout plan for the earmarked area, preparation of detailed project reports (DPR) for various packages and project management consultancy (PMC) support. Rudrabhishek Enterprises Private Limited (REPL) is India’s leading Integrated Real Estate & Infrastructure Consultants, which has an extensive international presence as well. Earlier this year, in the very first list of 20 smart cities announced by GOI, a plan prepared by REPL Consortium for Smart City Bhopal was selected. REPL has provided similar consultancy in other parts of the country, such as the 2021 redevelopment plan for the walled city of Delhi.  REPL subsidiary based at Singapore has done master town planning in various countries of South East Asia, including Malaysia and China.

REPL will assist the ‘Authority’ in various phases of project implementation, which will include the activities such as, preparation of DPR along with cost estimates, coordination with various appointed consultants,  project prioritization & phasing, preparing capital investment plan, business plan and implementation roadmap, conducting a feasibility study, bid process management for selection of implementing agencies, overall project management, etc.

In an official statement, Mr. Pradeep Misra, CMD of REPL said, “It is a matter of pride for us that we are now becoming part of the implementation of Indore Smart City. It is a city of great historic and economic significance. I congratulate the citizens of Indore as their city will further strengthen its image as a model city. For us, this has a special meaning, as the REPL has got into 25th years of operations, and here we have the privilege of being part of Government of India’s plan of developing 100 Smart Cities.”

The intelligent regeneration of Indore (Rajwada area) will include conservation of the historic inner city, market areas, riverfront and public spaces with the redevelopment of select land parcels for creating compact, mixed-use and sustainable neighborhoods.