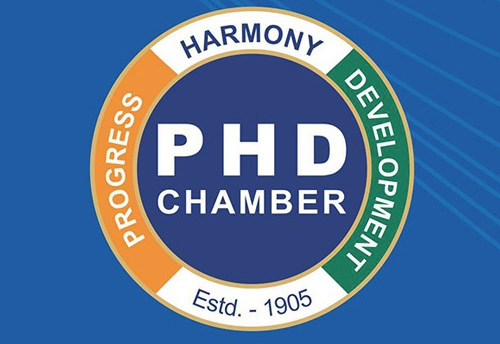 The Real Estate (Regulation & Development) Act (RERA) has the potential to change the real estate industry for decades to come if it is implemented with a positive approach, said Rajeev Talwar, CEO & Whole-Time Director of DLF Ltd., at a conference organised by Realty & More magazine in association with PHD Chamber, in New Delhi on Thursday.

Titled ‘RERA Reality’, the conference was part of R&M Podium, a knowledge platform conceived by Realty & More, where issues concerning the industry are discussed and developers get an opportunity to interact with senior Government officials. For the first time the, the R&M Podium was held in association with premier industry body PHDCCI.

Top RERA officials from Delhi and Haryana, prominent developers from the NCR, channel partners and other key stakeholders of the real estate industry attended the conference.

In his opening remarks, Talwar, who is also the Vice-President of PHDCCI, said the need of a regulator arose because “some black sheep” had been giving a bad name to the real estate industry, delaying projects and, thereby, causing immense hardship to the buyers. He emphasised that the primary role of the regulators should be to see how the stuck projects can get re-started and buyers able to get their apartments. He was confident that “rogue developers will be culled out” once the RERA is implemented.

Dilbag Singh Sihag, ED, RERA Haryana, said RERA is a “beautiful and comprehensive” legislation that will give a new direction to the growth of business in real estate. While saying that most of the developers in Haryana are professional, he said there are some “dark spots” as well and “I won’t hesitate to call them looters of public money”. Sihag explained the various provisions of the RERA through a power-point presentation and emphasized that the regulator would desist from playing the role of a policeman and act more as a facilitator.

Vivin Ahuja, Director, RERA Delhi, also dubbed RERA as a beautiful legislation which has taken 10 years and eight drafts in the making. The Act, he said, provides a level-playing field between the buyer and the seller and he assured the gathering that “we as regulator will treat everybody equal”.

In his address, Realty & More Editor Palash Roy listed a number of doubts which the developers have about RERA and gave specific instances about which there is lack of clarity. He said the objective of R&M RERA Reality Podium was to arrive at a better understanding of the path-breaking legislation.

Senior BJP leader RP Singh, who was the Guest of Honour on the occasion, cited instances of some fly-by night operators in realty sector and said RERA had been brought in to bring an end their game.

After opening remarks by the dignitaries, came the power-packed debate which the entire gathering had been waiting for. Besides the two regulatory officials, top developers and broking agents participated in the debate which was moderated by RERA expert Venket Rao. Then followed a Q&A session in which the audience participated in large number. Sihag and Ahuja handled most of the queries and took great pains to satisfy each and every questioner. The number of queries was so large that the session was extended well past its scheduled deadline.

The event concluded with a gala dinner.