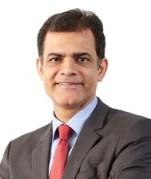 Every year, the end of August ushers in the beginning of festive season in India. Religious sentiments lead innumerable Indians to plan important purchases and investments – including real estate – during this period. Naturally, developers also plan for these months well ahead of their arrival with a view to cash in on this positive sentiment.

Unfortunately, last year’s festive season did not meet their expectations as buyers stayed away from the market – primarily due to execution delays, an uncertain economic scenario and unattractively high prices. Demonetization also played a key part in the depressed sentiment – not only in the resale market as was at first expected, but in primary sales as well.

Most aspiring home buyers deferred their purchase decisions, preferring to wait until RERA kicked in fully. Though most developers offered compelling discounts and schemes, buyers stuck to their cautious approach during the last festive season.

However, the 2017 festive season has started on an altogether different and far more positive note. While structural reforms by ways of RERA and GST have helped firm up buyer sentiment, developers too have progressively adjusted their business approach in the new era of transparency brought on by GST and RERA, and are geared up to cater to the pent-up demand for homes this year.

These reforms, coupled with various other progressive measures initiated by the Government, have certainly made a big difference for the realty market in this festive season:

On its part, GST has replaced the multiple taxes levied by the Central and State Governments, and has effectively been subsumed of all indirect taxes. The improved mechanism of input tax credit (ITC) may well soften the overall impact of taxes on real estate.

Taking a realistic view, the Government has extended the deadline for completion period of affordable housing projects to five years from the earlier three years. To boost demand, the Government has introduced attractive interest subsidies on home loans – up to 3% and 4% on home loans of Rs. 9 lakhs and Rs. 12 lakhs respectively – under the Pradhan Mantri Awas Yojna.

Also, the existence of ready supply is ensuring that new projects launched during this festive season are offered at very competitive rates. The attractive schemes and discounts which reach highest saturation during the festive period are, of course, added advantages for buyers.

Summing of the festive demand boosters

Hero Realty to offer Phase-I possession in its Mohali project 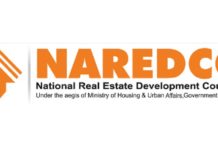 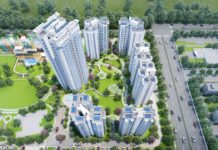 Hero Realty to offer Phase-I possession in its Mohali project