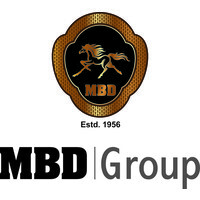 The organised retail sector in the country has seen an exponential growth in the past. In 2015, it is estimated that India had 100 million square feet of shopping malls. While these are mainly concentrated in the metros, we are seeing growth in Tier-2 and also in Tier-3 cities at a good pace. According to estimates, organised retailing is projected to grow at the rate of 25-30 per cent per annum to touch $75 billion by 2017. And according to a 2007 report by Mc Kinsey & Co., India is set to grow into the fifth largest consumer market in the world by 2025. Thus it is evident that India still has a huge scope for growth and development in the organised retail sector.

Notwithstanding the progress made in the organised retail sector in India, its share as compared to the West is still very low. There remains a huge gap that needs to be filled. In order to capitalise on the huge potential present, the retail sector must re-focus and restrategise so as to negotiate the numerous obstacles to growth that it faces. The time has come for e-retailers and brick & mortar players to join hands and work in tandem with each other. Healthy coordination of the traditional and modern will be for the benefit of the retail sector. It must also impress upon the Government the benefits it can deliver and how it can have a positive contribution to economic growth.

India has the advantage of demography, a burgeoning middle class with aspiration for a better life, rising incomes levels and thus rising disposable income, all point towards a bright future for retail companies. However the sector at present is beset with complications which prevent it to leverage these advantages to its full potential. The antidote for this lies with the sector itself and also on the Government for policy and allied support. The sector must constantly re-invent itself to best match the aspirations, and changing preferences of the consumers. The Government must ensure continued support and promote the sector through policy intervention and budgetary provisions.

The Government must sufficiently acknowledge the potential of the retail sector and continue its support and remove obstacles in its path. Multiple taxes, different rates of taxes in different states etc. are roadblocks to the sector. Enacting the GST Bill for a simplified single tax regime will go a long way in promoting the sector. FDI in retail is a great way to encourage the sector, but this currently benefits only single brand stores, the benefit of FDI must also be extended to multi brand retail at the earliest; this will bring in much needed capital, enhance brand presence and also promote healthy competition within the sector which will lead to raised standards.

Also the online retail segment must be properly regulated with sufficient checks and balances put in place. Several cases of online frauds have cropped up in the past. Immediate steps to prevent the occurrence of such frauds and framework for dealing with such incidences must be set. Stringent verification of online sellers and ecommerce players must be mandated. An empowered governing body to deal with grievances faced by retailers is the need of the hour.

The organised retail sector faces certain issues that are holding it back from delivering a truly worldclass experience. However with sufficient Government help, tax relaxations and a policy framework for the retail sector, we can look forward to having a vibrant retail sector delivering the best experiences and contributing to the growth and development of the country.