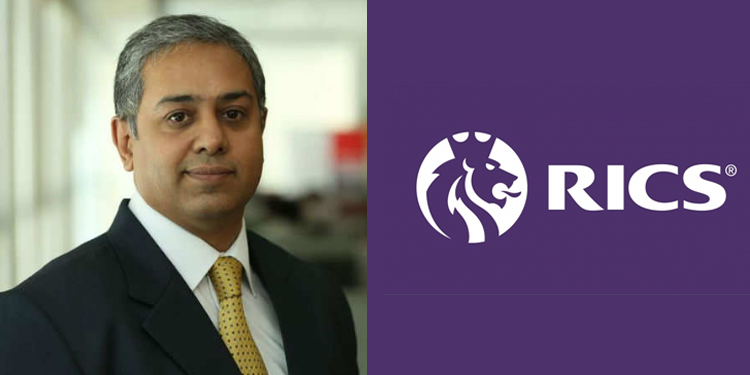 Mr. Sanjay Dutt, MD & CEO –Tata Realty & Infrastructure Limited and Tata Housing Development Company has recently been appointed as Chairman of the RICS South Asia Board. In his role as Chairman, Sanjay will help steer the RICS South Asia Board in furthering the organization’s vision, in carrying out RICS activities in line with its mission and building on its current footprint of promoting the adoption of its professional qualification and standards.

India is a priority market for RICS in its vision of being a global professional body fit for the 21st century. The South Asia Board is expected to aide in expanding the footprint of RICS qualified professionals in India, as well as South Asia and promote the RICS standards by engaging with government bodies, regulators, investors, employers and end users.

On his appointment, Sanjay Dutt who is a Fellow of the RICS (FRICS) stated “I am honoured and humbled to be appointed as the Chair of the RICS South Asia Board. RICS is a public interest organisation that works at a cross-government level to bring professionalism, standardisation of practice, accountability and transparency in the built environment sector. I am excited to further RICS’ footprint in India and South Asia by supporting its agenda to influence governments, organizations’ and key stakeholders across real estate, construction and infrastructure domains, while developing and embedding an internationally recognized qualification and standards at the very heart of the market.”

In addition, the other South Asia Board members will comprise of senior industry leaders from the built environment sector who will be able to extend sound business direction and bring fresh ideas to the organization. This will help RICS to leverage important relationships and embed international standards across the length and breadth of the sector.

Nimish Gupta FRICS, MD – RICS South Asia said “We are extremely pleased to have Mr. Sanjay Dutt as Chairman of the Board. Sanjay is a highly accomplished professional; one who has been adept at handling a wide array and facets of built environment businesses. Given that Sanjay has previously served on the RICS Governing Council, we look forward to his foresight and vision on furthering the RICS’ agenda in South Asia. He is passionate about driving change and therefore a great brand ambassador for us.”

Mr. Sanjay Dutt is the Managing Director and Chief Executive Officer of TATA Realty & Infrastructure Limited (TRIL) and Tata Housing. He also serves as the Chairman of FICCI real –estate committee. He has over 24 years of experience in the real estate sector with various international real estate developers and property consultants. He has extensive experience in real estate strategic planning, development, redevelopment, leasing, new acquisitions and asset management business across geographies of India.

Sanjay was previously the CEO of Ascendas-Singbridge’s India Operations and Private Funds and was responsible for strategic planning, executing growth of existing and new businesses in India. He successfully lead the growth of real estate development and the asset management business spread across 5 cities in India with over 13 million SFT of predominantly IT SEZ/ Parks, added 3 million SFT through redevelopment & leasing strategies and 6 million SFT potential through new acquisitions. He also managed an 1100 acre Industrial Township and assisted the Group with the acquisition of 1700 acres start up area of the new capital city of Amravati, Andhra Pradesh.

Sanjay holds a Post-Graduate in Marketing & HR from the International Management Institute.