The municipal corporation in Ghaziabad has decided to fix LED screen at all intersections of the roads in the city. The corporation has planned to fix 9×6 LED screens which will be run by solar energy. 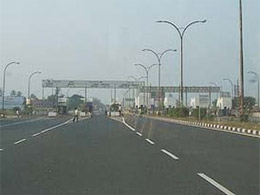 “There will be a pay system for the companies which want their advertisements on the LED screens. The charges for the advertisements will be fixed by the Authority” said an official of the corporation.

A total of 80 per cent of display on the screen will be covered with advertisement while the rest 20 per cent will be important information regarding GDA, the police and Government-related. This information will be displayed free of cost.

The cameras at the intersections will be connected with the pan-tilt zoom technology which will help in locating number-plates of the vehicles on the road.