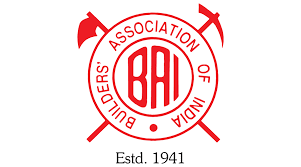 New Delhi – Sachin Chandra, one of the leaders in the Indian Real Estate Industry has been appointed as the President of Builders Association of India, the apex body of India’s Construction Industry with more than 1,00,000 members and 180 branches / chapters spread over the length and breadth of the country.

A versatile personality, Sachin Chandra who besides being a successful real estate developer, is also a Hotelier and Skill India entrepreneur. His two companies, Swadha Developers Ltd. and Plutus Infrastructure Ltd. have developed over 10 lakh sq. feet of residential accommodation and almost equal area of commercial spaces in different cities of Bihar. Presently his company is developing an IT Park in Noida on a 10.5 acre of land which has more than 15 lakh sqft of built-up area.

As the new President of  Builders Association of India, Sachin Chandra  has announced to take up a few burning issues affecting Construction Industry and impacting its members with the Union Government and to seek major relief. The issues include appointment of Cement Regulatory Authority, improvement in the output of the construction workers and Unified Standard Contract Document for the hassle free execution of contracts among others.

He says that the Union Government to immediately appoint a Cement Regulatory Authority to rein in the unabated increases of cement price, without the same being warranted by the market forces. Such abnormal Cement prices cause huge losses to the real estate developers as also to the government and private contractors and finally to the general public. Various authorities like the MRTP Commission, Competition Commission of India (CCI) and National Company Law Appellate Tribunal (NCLAT) have repeatedly found clear cut evidence against cement manufacturers indulging in cartel type of arrangements to create artificial shortage of cement to jack-up prices with the  purpose of ‘profiteering’. The new President feels that the appointment of a regulator will help in curbing such malpractices.

According to Mr. Sachin Chandra, the output of a construction labor in India is abysmally low compared to other countries and even the quality of their needs to be improved. BAI is ready to partner with the Government in bringing more trained workforce.

He says that the age old Contract Act enacted in 1882 has led to a substantial rise in litigations and that BAI will take up the issue of bringing a ‘Unified Standard Contract Document’ that should to be adopted by all Works Authorities to facilitate smoother and hassle free execution of contracts. “These reforms will help the industry in witnessing lot of transperancy and natural growth it deserves,” he adds.

The fundamental aim of BAI is to bring about all round improvements in the construction sector, while striving towards resolution of operational as well as policy level problems faced by the construction industry.