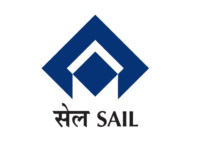 New Delhi, 02 November, 2018: Steel Authority of India Ltd. (SAIL) declared a profit (Profit After Tax – PAT) of Rs 553.69 Crore during the second quarter of this financial year Q2 FY19. During the corresponding period over last year, the Company had posted a loss (after tax) of Rs 539.06   Crore. Over the previous quarter in Q1 FY19, the Company’s profit rose 2.5% in Q2 FY19. The turnover in Q2 FY19 was Rs 16,541 Crore, a 23% rise over CPLY and 5% rise over the Q1 FY19. Showing overall improvements including operational performance, the EBITDA for Q2 FY19 at Rs 2,473.54 Crore improved 156% over CPLY which was Rs 966.56 Crore. The numbers indicate a fast recovery in the Company’s profitability, operational performance and a collective effort towards driving the full advantage of modernization and expansion.

SAIL, emphasizing on bringing predictability and stability in operations and focusing to raise volumes, is bringing transformative changes across all its functions. While ramping up production from new units, achieving the production and techno-economic targets remain the top priority of the Company. In Q2 FY19, the Company’s saleable steel production stood at 3.537 Million Tonnes. In H1 FY19 (April – September 2018) the saleable steel production at 7.151 MT rose 4.2% over CPLY. The Company recorded improvement in Coke Rate by 1% in H1 FY19 over CPLY and best ever H1 production through concast route at 6.575 MT, a 7% rise over CPLY.

Speaking on the occasion, Chairman, SAIL Shri Anil Kumar Chaudhary said that raising volumes, targeting to operate at rated capacities and focusing to meet the requirement of the Railways in terms of Rails and Wheels & Axles are our foremost priorities, along with upholding safety practices at the core. The domestic steel market is offering a positive platform; besides, we must also de-risk our operations from any externalities by being prepared with volumes, value additions and quality products. He also added that SAIL’s focus on approaching the market and customers with new products and sales force effectiveness will surely help catering the market requirements more adequately.