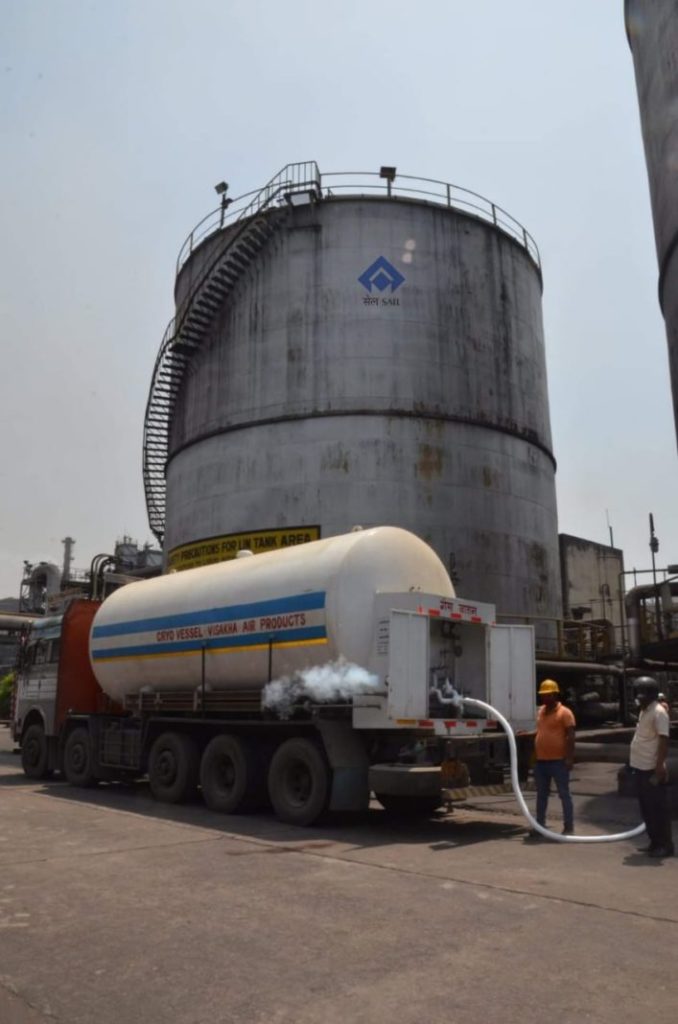 The Steel Authority of India Limited (SAIL) has been in the forefront in meeting the challenge of making liquid medical oxygen (LMO) available in the country.

It has already supplied 36,747 metric tonnes of liquid medical oxygen since August last year as per the requirement. With increase in demand of LMO in the country, SAIL has enhanced its focus on increasing the production since the beginning of this month.

In the last six days, the company has supplied, on an average, 660 MT of LMO per day from its plants. On April 21 alone, it supplied 891 MT of LMO, said a press release.

It further said that improvement interventions have been made to augment the LMO supply with respect to process and equipment. SAIL has reduced the production of gaseous oxygen, nitrogen and argon besides optimising process parameters in its plants to boost production of LMO.

“During this hour of the emergency need, SAIL firmly stands committed with the nation and will do everything to augment the production of liquid medical oxygen from its plants. All its plants have been advised to maximise production of LMO and optimise dispatch logistics so as to reduce turnaround time of oxygen tankers”, the company has reaffirmed.