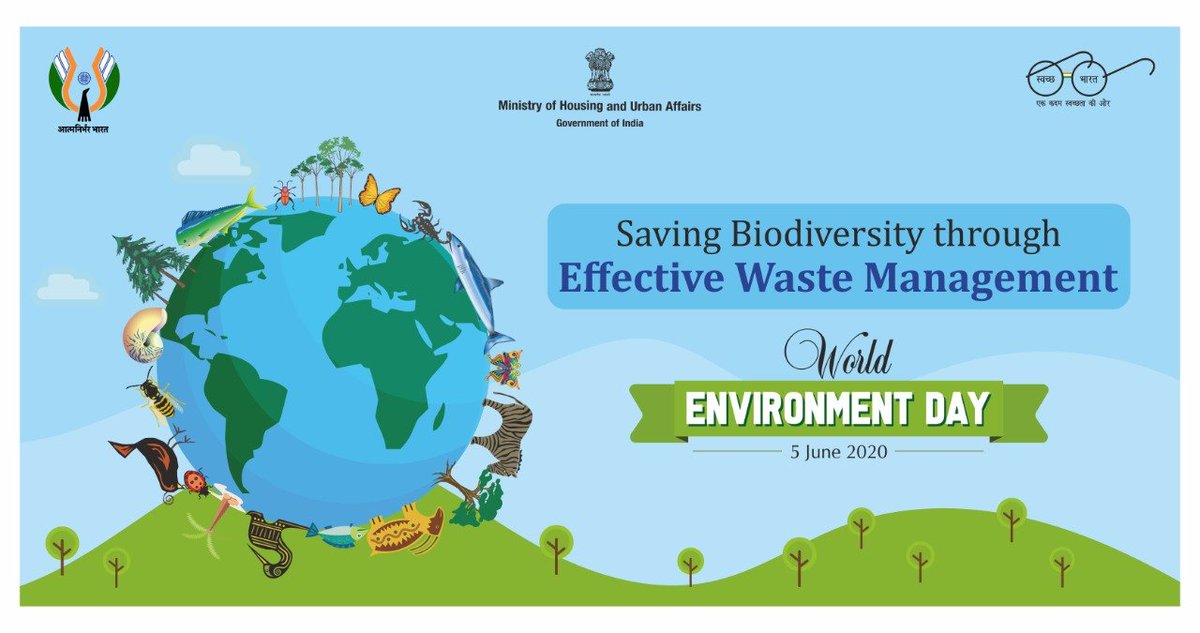 The three key advisories released included the ‘Advisory on Material Recovery Facilities (MRFs) for Municipal Solid Waste (MSW)’, ‘Advisory on Landfill Reclamation’ and a ‘Consultative Document (draft) on On-site and Off-site Sewage Management Practices’ prepared by the Central Public Health and Environmental Engineering Organisation (CPHEEO) under SBM-U. Speaking at the event, the Minister said, “On this day, we get the chance to reinforce the intrinsic connection between biodiversity conservation and effective waste management.  Swachhata and conservation of biodiversity indeed go hand in hand”. He further added, “When the Hon’ble Prime Minister launched SBM-U in 2014, it was with the twin objective of making urban India Open defecation Free along with 100% scientific solid waste management. We have made significant strides in both these areas. Almost all of urban India is today ODF and scientific processing of solid waste, which stood at a mere 18% at the start of the Mission in 2014, has more than tripled and now stands at 65%. However, there is still a long way to go.  The documents being released today by my Ministry is an effort to find and facilitate sustainable solutions to some of the key problems hindering holistic sanitation and solid waste management.” The Ministry also released a toolkit for a communication campaign on faecal sludge management titled ‘Malasur- The Demon of Defeca’ which aims to heighten the risk perception of faecal sludge. Conceptualized and designed in support from BBC Media Action, the toolkit has a host of creative outputs in 10 Indian languages along with English.

Elaborating on the importance of the day and the need for these documents, the Minister said, “The launch of these documents cannot come at a more opportune occasion.  MoHUA has been constantly working on capacity building of Urban Local Bodies (ULBs) to focus on various components of solid waste management and holistic sanitation including wastewater treatment not just through the creation of infrastructure but through capacity building and behaviour change communication. The release of these documents is another step in this direction. On the occasion of World Environment Day, I once again want to reiterate MoHUA’s commitment to conserving all forms of life on earth. This can only happen when we take the mandate of Swachhata forward and truly unlock the potential of 3Rs, circular and blue economy. I am confident that this will lead to improved public health and quality of life apart from generating jobs, integration of informal workers into the formal workforce, generation of revenue and creation of new products from waste streams finally leading to not just a Swachh (clean) but a Swasth (healthy), Sashakt (empowered), Sampann (prosperous) and Atmanirbhar (self-reliant) Bharat.  Let us therefore, once again, reaffirm our pledge to clean our air, land and water and thus preserve the bounties of nature for now and the future”.

The launch was followed by a consultative virtual workshop on the ‘Draft Advisory for On-Site & Off-Site Sewage Management Practices in India’ which was attended by over 100 participants comprising representatives from States and ULBs along with academicians and subject matter experts.