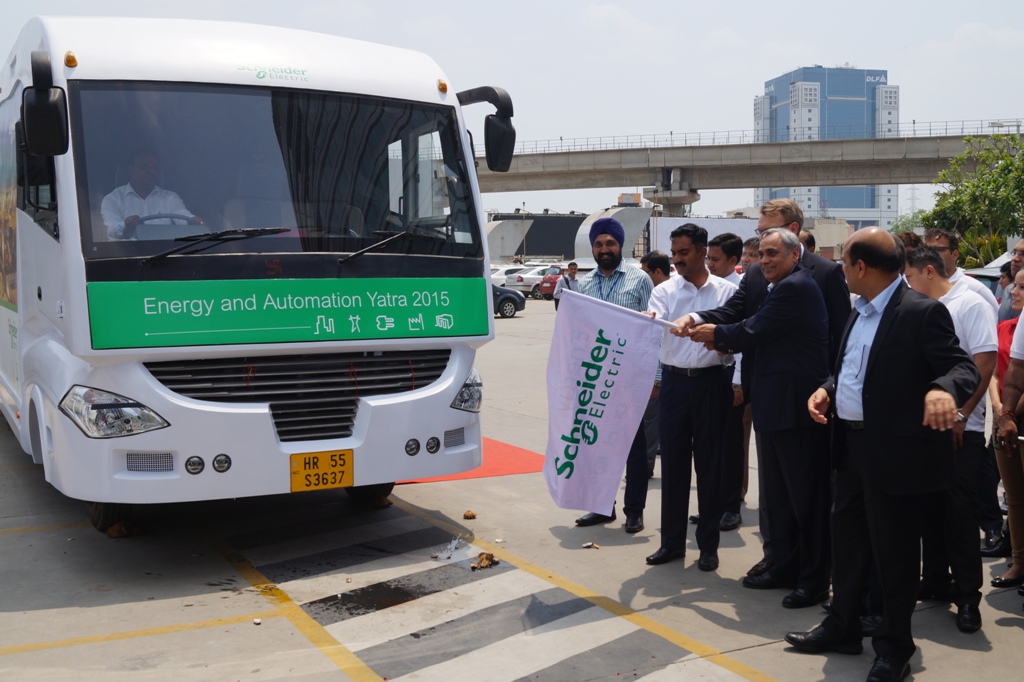 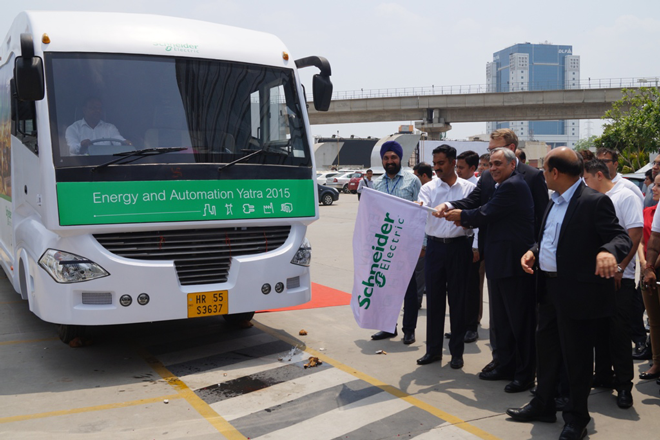 Schneider Electric, global energy management and automation specialist, on Thursday launched its ‘Energy and Automation Yatra – 2015-16’: a six-month roadshow commencing from its corporate office in Gurgaon.

The roadshow was flagged off by Anil Chaudhry, Country President and Managing Director, Schneider Electric India.

The campaign is being undertaken through a specially-outfitted truck that will traverse through the country covering 95 Tier 2, 3 and 4 towns, including rural areas. It will span around 105 roadshow days and 75 town-to-town transit days between June and December 2015.

According to a press release, the Energy and Automation Yatra is an initiative in line with the Government’s ‘Make in India’ and ‘Digital India’ initiatives. During the six-month Yatra, Schneider will display offerings in infrastructure, solar solutions, electrical grid distribution management &automation, low-voltage distribution, and Industrial automation

Speaking during the flag-off, Chaudhry said: “As India surges forward and makes significant strides in her manufacturing capability and progresses on the digital journey, we are proud to be contributing in the ongoing phase of nation-building by spreading awareness related to energy management and automation for Indian businesses and entrepreneurs. The Energy and Automation Yatra will be bringing the latest innovations in technology to India’s hinterland and promises to give a fillip to the infrastructural and manufacturing ambitions of India”.

Naidu addresses top businessmen from US