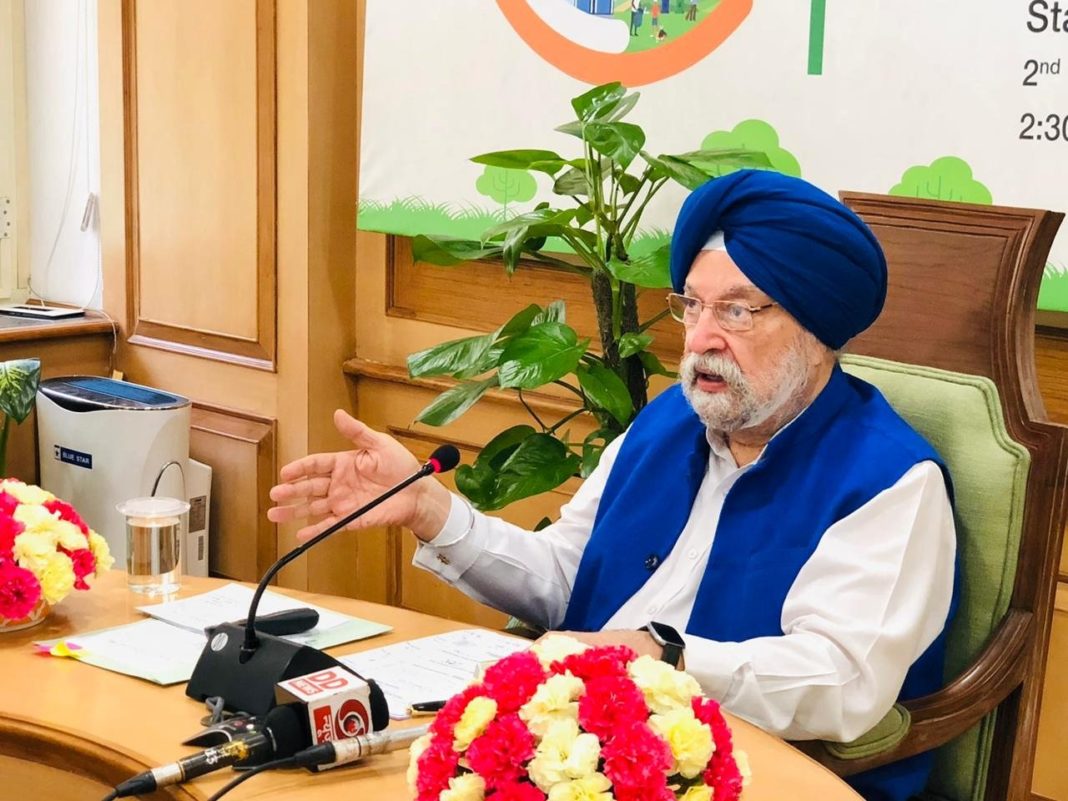 Minister of State (I/C) for Housing & Urban Affairs Hardeep Singh Puri said the 2030 Agenda for Sustainable Development adopted by the United Nations member states in 2015 is a guiding document for the planet and the people that inhabit it.

The 17 Sustainable Development Goals (SDGs) and 169 targets together reflect, both the collective vision and goal that we have to work to achieve by 2030, he added.

The minister was addressing a webinar on the occasion of World Habitat Day 2020 from Nirman Bhawan in New Delhi on October 5. Durga Shanker Mishra, Secretary, MoHUA, senior officials from UN agencies, states, and the ministry also attended the webinar.

Puri further said that all the flagship missions such as Swachh Bharat Mission-Urban, Pradhan Mantri Awas Yojana-Urban, the Smart Cities Mission, and the AMRUT Mission were in implementation mode well before the SDGs were adopted by the member states.

In a country of India’s size, diversity and population, it is a staggering challenge to implement this ambitious urban agenda, he said. “I am, however, both optimistic and confident that we will succeed. The essential ingredient for success in any endeavor of this magnitude is strong political will. That is in abundance in this Government,” he added.

On the occasion of the World Habitat Day 2020, several e-publications of the organizations under MoHUA viz HUDCO, BMTPC CGEWHO, and NCHF were also released.