The market regulator, Securities and Exchange Board of India (SEBI) has released its consultative guidelines for operation of Real Estate Investment Trusts (REITs) in India after five years of delivering its first draft. The statement clearly spells out the need for REITs implementation in India at the earliest, considering the huge popularity of this real estate investment platform across the world. In fact, the entire REIT framework was more or less withdrawn after the 2008 draft to make way for REMFs – which eventually did not materialise either. The current draft is open for public comments until 31st October 2013.

Broad Operating Guidelines Defined:
The eligibility criteria for REITs that have been spelled out suggest that initially, only large and established asset management firms can participate. The minimum asset size of REITs should be Rs 1,000 crore. The REIT shall have parties such as trustee (registered with SEBI), sponsor, manager and principal value. To begin with, all REIT schemes will have to be close-ended real estate investment schemes that will invest in real estate with an aim to provide returns to unit holders. Returns will be derived mainly from rental income or capital gains from real estate. The minimum size of an initial public issue will not be less than Rs 250 crore, of which at least 25 per cent has to be publicly floated. 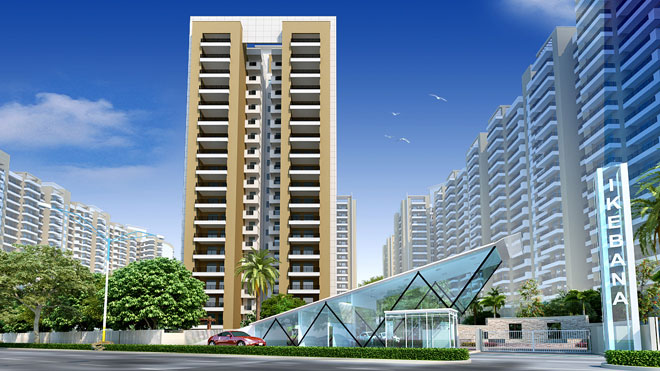 Low leverage and limited participation seem to be the initial safeguards. While the 25 per cent public float criteria exists, SEBI has limited participation in REIT initial public offering (IPO) to high networth individuals (HNIs) and institutions until the market develops fully. Thus, the minimum ticket size for investment is kept at Rs 2lakh. Also, in order to safeguard against over-leverage, the borrowing limit for REITs is limited to 50 per cent of the asset size. If the borrowing limit crosses 25 per cent, an approval must be sought from investors and a credit rating must be obtained from a reputed rating agency. Also, any transaction that exceeds 15 per cent of the asset value needs investor approval.

Criteria for investment remain intact from last draft:
a)90 per cent of the investment must be done in ‘completed’ revenue-generating properties
b)The remaining 10% can be invested in other assets as deemed fit by the REIT manager
c)There will be no investment by REITs in vacant or agricultural land
d)90 per cent of the net distributable income after tax is to be distributed to investors (the issue of double taxation, as raised by industry participants reacting to the previous draft, still exists)

These guidelines amplify in some greater detail what was shared in the previous draft. The good news is that the regulator has clearly expressed its willingness to kick-start REITs in India at the earliest. The cautious approach adopted by SEBI during this initial period is acceptable and appreciable. One concern is with regards to the strengthening of our legal framework surrounding real estate in India, which is a pre-requisite for REITs to thrive here.

The Real Estate Regulatory Bill, which was approved by the Union Cabinet in June 2013, was therefore a move in the right direction. — (The writer is Chairman & Country Head, Jones Lang LaSalle India)

Post Views: 154
Related Topics:HNIsReal estate Regulatory billREITsSEBISecurities and Exchange Board of India
Up Next

Residential property price correction in Delhi-NCR: A brief look ahead of festive season