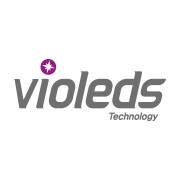 -The Capture performance of mosquito(Anopheline) who carries with malaria which is one of the top causes of death in India, is more than five times higher than the existing mosquito trap

– Air purifier with ultraviolet LED, which is a high-performance low-power compound semiconductor, is also launched, various UV application products to be released in the future

New Delhi, 9th May, 2017: Seoul Viosys, which developed and produced ultraviolet LED for the first time in the world, plans to launch mosquito trap and portable air purifiers with the best performance in the world through local partners in India. Seoul Viosys is looking for a strategic partner to sell these products in order to distribute a variety of ultraviolet LED applications with functions of sterilization, water purification and cleanliness in the US, China, Europe, Japan and Southeast Asia as well as in India.

The ultraviolet LED application products to be launched by Seoul Viosys in India on this time are mosquito traps and air purifiers.The mosquito trap developed by drawing attention to the attraction of mosquitoes to ultraviolet rays boasts the world’s best capture performance. Mosclean can capture 9-times more yellow fever mosquitoes (Aedes aegypti) that carry the Zika virus, and 5-times more Anopheline mosquitoes that carry Malaria than mosquito traps that meet the standard set by the USA Centers for Disease Control and Prevention (CDC)

India has a best condition for mosquitoes to live because the weather is hot and humid. In particular, the damage caused by Anopheline mosquitoes, which carry malaria, is serious. Seoul Viosys will supply the Mosclean which has the world’s best capturing performance mosquito trap, to the Indian region through local partners, and will focus on preventing mosquito-borne diseases like malaria and Zika virus.

On the other hand, Seoul Viosys’ portable air purifier is a product that purifies the air with ultra-small ultraviolet LED. It has a high-performance clean function that removes 99.99% of pollutants in the air. You can create pleasant environment in your everywhere using the air purifier and it can be used easily at home, on the car, to be. It is also economical with low power consumption.

Seoul Viosys is looking for the strategic partners to supply these superior UV LED applications to India. Seoul Viosys is not only concentrating on the research and development of compound semiconductor’s core technology and application fields and solutions but also sticks to its firm policy of not competing with customers as finished products. Seoul Viosys is going to cooperate with local partners who has excellent competence to sell and distribute channel of ultraviolet LED application products locally, thereby spreads the supply of ultraviolet LEDs in India.

Executive Vice President Dong-Seong Shin at the UV sales division of SEOUL VIOSYS stated that “We will continue to launch original products which are best suited to India, and we will actively take the lead in building a clean environment by distributing ultraviolet LEDs through our local partners.” He also said that “I hope our UV LED technology and applications will spread to every Indian household and contribute to creating a cleaner, healthier and more beautiful environment.”