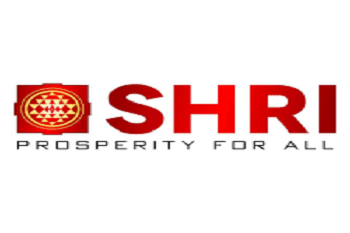 New Delhi, August 27, 2018: With rising demand for affordable homes, SHRI Group has decided to develop its third housing project in Greater Noida where the realty firm will develop 2,000 units at an investment of around Rs 600 crore. The company, which has executed about dozen projects in the Mathura region and Greater Noida (West), will sell flats in a price range of Rs 18-35 lakh in this 8-acre project, SHRI director Ram Agrawal said.

The project ‘SHRI Sky Park’ would be constructed as per the area norms laid down under the Pradhan Mantri Awaas Yojana (PMAY) so that the eligible buyers can claim subsidy from the government, he added.

Real estate sector is facing a multi-year demand slowdown. But, of late, the demand for affordable housing has improved on the back of several positive measures announced by the Centre. The affordable housing segment has been given infrastructure status enabling real estate developers to access finance at lower interest rates. That apart, the Centre is giving interest subsidy of around Rs 2.5 lakh to home buyers under the PMAY scheme.

“We have started construction of our third housing project in Greater Noida (West). We will build about 2,000 units in this project. Initially, We have opened 700 units for sale in a price bracket of Rs 18-35 lakh,” Agrawal said.

The project is registered with the real estate regulatory authority (RERA) and is expected to be completed in the next 4-5 years. The total project cost is estimated at Rs 600 crore and the same would be funded through internal accruals and bank loans, he said, adding that the company intends to raise Rs 100 crore to fund this project, he added.

This is the company’s third project in Greater Noida. The first project comprising 2,000 units is complete and being handed over to buyers for possession, while the second project having 1,000 units will be delivered next year, he added. SHRI Group has delivered 12 projects in and around Mathura region comprising 9,500 units and four are under construction with 1,200 flats. It has also constructed a small shopping mall.
Post Views: 157
Related Topics:affordable housing projectGreater NoidaRam Agrawalreal estate delhi ncrreal estate news delhi ncrreal estate news noidaSHRI group
Up Next