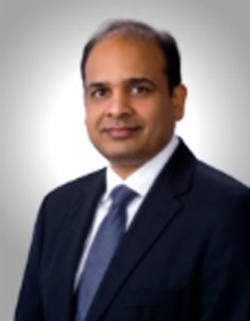 The Indian economy has had another tough year. Inflation went as high as 7.52 per cent, job opportunities reduced significantly across industries, the rupee saw steady erosion against the US dollar and market sentiments reached what was possibly their lowest point ever. And yet, things could be worse.

During the depths of the US economic crisis, entire American cities turned into ghost towns. Thousands and thousands of people lost their jobs and were reduced to living in tent colonies, trailers and on the streets. Banks foreclosed countless mortgages which the borrowers could no longer afford to pay. Homes were put on the market at ridiculously under-valued prices and still found no buyers.

The scenario is quite different in India. Jobs were lost, but the situation was definitely not as severe as in the US, where people not only lost jobs but also their pensions to the ailing economy. While there has definitely been an increase in home loan defaulters in India, there has certainly been no glut of foreclosed homes on the market.

Most middleclass Indians have been able to continue paying their EMIs and keep their homes. This is largely thanks to our conservative banking system, which requires banks to do multiple checks before allowing a home loan to go through. Also, Indians consider their homes their most important possessions, and therefore make paying their financial obligations towards them their highest priority.

What does all this have to do with real estate investment? A lot. One symptom of a recessionary economy is that people think twice – and thrice – before making any new high-value financial commitments. Since home purchase is invariably the biggest investment that most Indians make in their lives, they tend to be very cautious about doing so during times of financial uncertainty.

They will pursue their home ownership dreams when they perceive that stability has been restored in the economy – and therefore in their lives. Until then, they would often prefer to live in rented homes. This is also known as the ‘wait-and-watch’ mind-set, which results in reduced demand for homes during the period of insecurity.

Because property prices are a function of demand, they tend to reduce in times of economic uncertainty because that is the only way to keep sales going. This is the ideal time for property investors to pick up properties at lower costs and rent them out to purchase-averse families. When the economy improves, so will the appetite for home ownership. A rise in property prices will follow naturally, resulting in a tidy profit when the property is put up for sale.

It is not possible to ascertain exactly when property prices will reach their lowest point – and start picking up again after that. However, one good indicator is the job scenario. When the industries that drive the economy start stepping up on hiring, the economy improves. Going by news reports, 2014 is going to be a year of massive hiring sprees for India’s banking and Information Technology industries. This will mark the onset of economic revival – and therefore a pickup in demand for properties, which will signal a hardening of property rates.

While the reduced sentiments prevail, developers and investors in India’s larger cities are still open to negotiation. Moreover, many of the new projects that were launched in the low economic period featured significantly reduced price tags. Is this the fabled ‘market bottom’ that every property investor considers the magical entry point? Impossible to say… but whenever it does come, it will not last forever.
(Arvind Jain is Managing Director of The Pride Group)

THE STATE OF REAL ESTATE