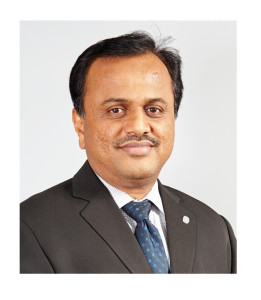 For a very long time, real estate developers and investors focused almost exclusively on the metros and tier 1 cities, as these were considered the safest bets for sales and returns on investment. After all, these cities were generating the most employment and therefore inward migration.

As a result, the metros and tier 1 cities across India are currently experiencing the immense pressure of overpopulation due to urban migration in search of better livelihood and enhanced quality of life, thus resulting in an inadequate infrastructure for the citizens.

The Smart Cities Mission, launched in 2015, aims to tackle the escalating problems being faced in urban areas with regards to transportation, energy supply, governance, basic urban infrastructure services and overall quality of life. Although the mission is trying to address these issues to a certain extent, the challenges of remodelling India’s tier 1 cities into smart cities are considerable, as many of them have reached their saturation point.

This shows the strong rise of tier 2, 3 and 4 cities in the future, and many tier 2 and tier 3 cities are now showing a strong resurgence.

Two of the driving factors behind this resurgence have obviously been increased economic activity and infrastructure development, which have served to divert migration to the larger cities.

These smaller cities also offer the important advantage of cheaper real estate prices and a lower cost of living. Their reappearance on developers’ and investors’ radars is helping to spread real estate development and demand more uniformly across the country, also decreasing the pressure on the overly-burdened metros and tier 1 cities.

One of the most important drivers of new real estate demand for many of these smaller cities has been their inclusion in the Government of India’s ambitious Smart Cities program, which – at least in theory – bodes very well for their real estate markets. While many of the bigger cities have also managed to enlist themselves under the Smart City scheme, it is, in fact, the smaller city contenders who have managed to show any visible progress.

Overall, it can safely be said that the Smart Cities program has not really unfolded as was initially expected and hoped for. As of now, only 2% of the ₹9,943 crore released under the smart city mission have been utilized, and only 5% of the proposed projects are completed. This does raise questions about whether the development of smart cities by 2020 is a realistic expectation.

To be fair, there are various bottlenecks preventing the speedy implementation of these projects. Similar projects are implemented at a much faster speed in developed countries. Some of the challenges in India are doubtlessly related to hard issues such as land acquisition, buy-in from resistant stakeholders, and so on. However, there is also the factor of political will to back up the vision.

Apart from the slow implementation, it is also a fact that smart citizens are – at least in theory – an integral part of the smart city ecosystem. With more active citizen participation in such Government initiatives at the implementation and not only end-user level, the pace of Smart City development in India could theoretically be faster.

As an interesting adjunct to this state of affairs, it has been the smaller cities that have shown faster progress on the Smart Cities map. This could have any number of reasons:

They have more to gain
They face fewer challenges in terms of resistance to change
They have less densified urbanization patterns to work with
There are fewer challenges when it comes to land acquisition.
Many have the advantage of stronger local political will.
The recent smart city rankings by the Ministry of Urban Development, also vouchsafe this trend. The tier 2 smart cities of Nagpur (score: 259.96), Vadodara (score: 195.31) and Ahmedabad (score: 190.59) topped the charts, leaving behind tier 1 cities such as Pune, Chennai and many others.

The rankings included 87 cities out of the 99 smart cities (the remaining 12 were not evaluated due to the recentness of their inclusion into the smart cities mission list) and were made based on parameters such as project implementation, expenditure, and performance of civic bodies in the past 4 years.

As already mentioned, smaller cities have more to gain from the Smart Cities program, and a strong, determined local Government can push the necessary reforms much more expediently in these smaller cities than those in the metros. Of course, the larger cities are invariably already massively congested, thereby presenting huge roadblocks to the deployment of the requisite Smart City ingredients.

However, it is also a fact that political elements may be heavily invested in maintaining the status quo. This is especially true in cities which have large slum areas.

Smaller cities have fewer challenges to overcome on the road to becoming Smart Cities, a lot more to gain from the generous funds that have been deployed for the select cities and may have the benefit of more progress-oriented local governing bodies which are truly invested in the betterment of their cities.

Connaught Place is amongst the top 10 Most Expensive Office Market In the World: CBRE