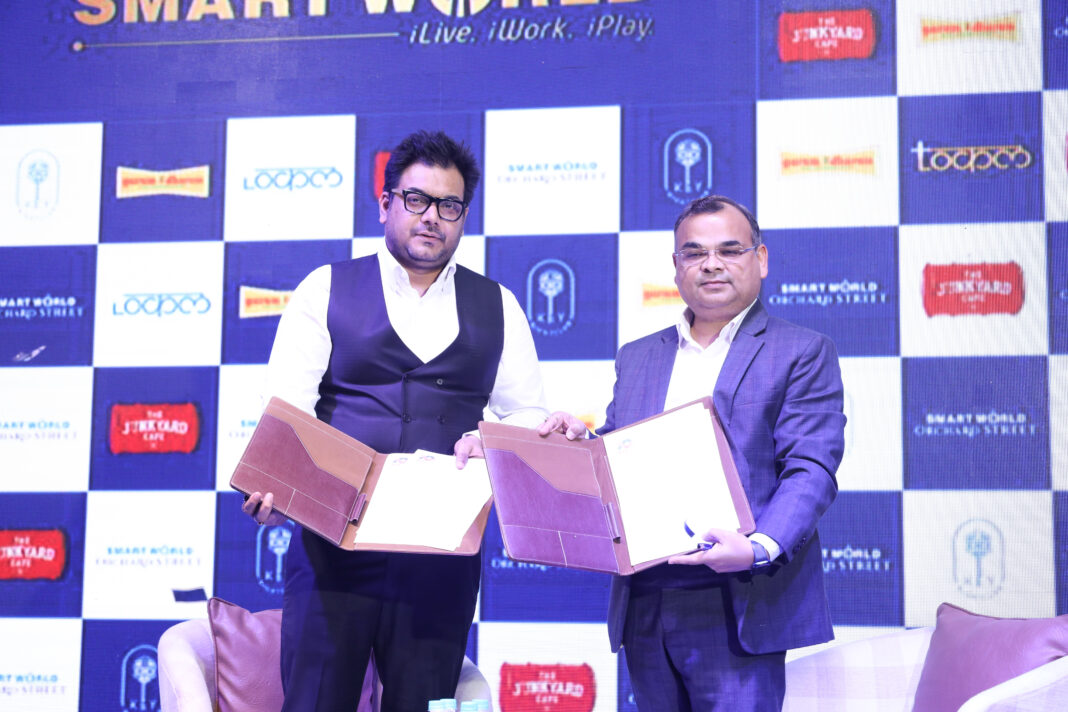 Gurugram, November 13th, 2022: Smartworld Developers Pvt. Ltd., announced the launch of its premium high street retail project, ‘Smartworld Orchard Street’. The project, is located on the Golf Course Road (Extn), opp Grand Hyatt in Sector 61, Gurugram and is 100,000 square feet in size. A press release issued by the company says that, it is expecting a top line of Rs 250 crores from this project.

Smartworld Orchard Street is spread across three floors, with units ranging from 500 to 12,000 sq. feet. Within a day of launch, Smartworld Developers leased out an area of approximately 15,000 sq. ft (the complete third floor) to Big Fish Ventures, which will open four F&B outlets on the third floor. Big Fish Ventures is a Delhi-based hospitality group that runs popular dining lounges including The Junkyard Cafe, Key Night Club, Garam Dharam, and Local.

Commenting on the launch Vivek Singhal, CEO of Smartworld Developers, said, “With diminishing open spaces, high street retail projects have become the go to place for food, shopping, and entertainment requirements. Looking at the increasing demand, we have launched our premium high street retail project, ‘Smartworld Orchard Street’ that will offer world class F&B, shopping, and entertainment experiences to our patrons. Located in the heart of Golf Course Road (Extn.), the project has already attracted interest from leading brands. On the day of the launch, we signed an agreement with Big Fish Ventures to lease the entire third floor.

“After our outlets in Connaught Place, Saket & Chanakyapuri, we were eyeing for a prime location in the millennium city of Gurgaon and we zeroed onto Smartworld Orchard Street because of its great location, affluent catchment, footfall envisaged and its wide frontage. We are excited to sign up with them and we did not want to miss this fantastic opportunity” said Umang Tewari, Founder, Big Fish Ventures.