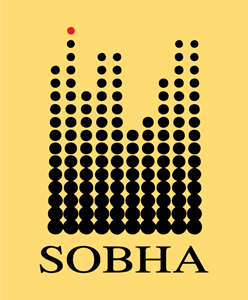 A brief snap shot of the key operational and financial parameters for the second quarter of the financial year ending 2017 is given below:

On a consolidated basis, Sobha Limited registered a turnover of Rs. 5.52 billion during the second quarter of the financial year 2016-17. The Profit before Tax (PBT) stood at Rs. 612 million and the Profit after Tax (PAT) at Rs. 386 million on a consolidated basis. During the quarter, the Company has generated net positive operational cash flow of Rs. 852 million after meeting interest and tax expenses.

Speaking on the occasion, Mr. J.C. Sharma, Vice Chairman and Managing Director, Sobha Limited, said, “During the quarter ended September, 2016, the Company earned revenues of Rs. 5.52 billion. The PBT stood at Rs. 612 million and PAT at Rs. 386 million. The Company has seen consistent improvement in cash flow and generated net positive operational cash flow for the past five consecutive quarters. The cost of borrowing has reduced from 12.14% in Q2’16 to 11.26% in Q2’17.In Q2’17, the Company launched ‘Sobha Palm Court’ in Yelahanka, North Bangalore with a total saleable area of 0.51 million square feet. Additionally, first phase of ‘Marina One’ project has been soft launched in Cochin, Kerala, comprising of 0.60 million square feet.”

Mr. Sharma further stated, “The year 2016-17, is witnessing significant structural reforms in the Indian economy. These reforms are evident from the passage of the Goods and Services Tax (GST) Act, the Real Estate (Regulation and Development) Act, 2016 (RERA)and the recent demonetization of high value currency notes of Rs. 500 and Rs. 1000. The demonetization step has taken everyone by surprise. Never before such significant reforms, impacting everyone and every sector, has been witnessed in a meaningful manner. Sobha welcomes and supports these reforms as it will help bring transparency, ease of doing business and substantial benefits to consumers as well as organized developers like us. However, the immediate impact on the economy in transition will take a couple of quarters to stabilize. We are of the firm opinion that barring some short term challenges, the Company will play an important role in this new liberalized post reform era.”

The RERA will realign real estate sector with the global standards of doing business. This will result in more fund flow from institutional investors, banks and make it easy for foreign entities to invest in India. In the long run this will lead to an economy that is more attuned to global compliance standards, is transparent and emerging as an industry with high levels of corporate governance.

Furthermore, he added, “As India is one of the fastest growing large economies we believe that the recent structural changes will spur demand revival in real estate sector as products will become more affordable for the end users.