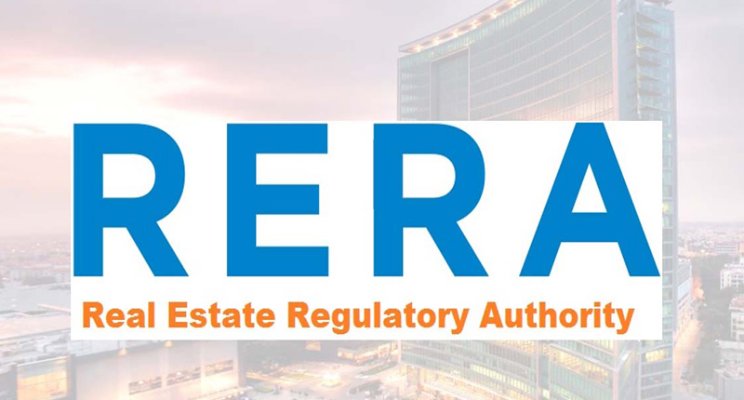 NEW DELHI, 4 May 2017: Mr. Rajiv Ranjan Mishra, Joint Secretary, Ministry of Housing and Urban Poverty Alleviation, today urged the states to complete the process of notification and appointment of full-time regulators at the earliest for Real Estate Regulation Act (RERA) to positively impact the sales and industry’s profit.

RERA aims to protect the rights of consumers and usher in transparency and accountability. The sector which had immense potential to generate employment and scope for investment had remained largely unregulated over the years and with RERA in place, the sector is expected to receive the required fillip contributing to the overall growth of the economy.

He said that states should desist from changing the fundamental rules of the Act. There would be state-specific issues, which will require diverse solutions and states should consider them. On affordable housing for all, he said that there was a huge demand in this segment and developers should work in this sector proactively.  He added that there was a need for stakeholders to work in tandem.

Mr. Mishra said that the industry will have to learn and adapt the new modes of businesses. With the enactment of the Act, issues will arise and they would have to be dealt with proactively. He urged FICCI to share the industry recommendations on RERA with the ministry to ensure a smooth transition.

On the occasion, the dignitaries released the FICCI-GT-Khaitan & Co. Comparative State RERA Rules Report, which comprises a survey that studies the impact of RERA on the sector and stakeholders. The findings show that more than 60% of the respondents feel that, going forward, transparency will increase in real estate dealings and close to 60% of the respondents feel that RERA will increase the governance hold in the sector and lead to increased investments.

Mr. Udai Pratap Singh, Interim Regulator RERA & Vice Chairman, Delhi Development Authority, Delhi said that RERA had been brought about to lend transparency, accountability, quality, timely delivery and efficiency to the sector. The Act would also help in building the confidence of the consumers and would also provide a level playing field to the stakeholders and fair deal to the consumers.

In his presentation on Comparative State RERA Rules, Mr. Neeraj Sharma, Director, Grant Thornton Advisory Pvt. Ltd., underlined that the provisions where the Act was silent such as overlap with certain special Acts; compliance related to mixed projects; change of guard during the ongoing projects and structural defect and the ones induced by allottees. He added that the government should facilitate in the seamless transition to the Act and developers should ramp up their processes and systems according to the provisions of the new Act. He also urged consumers to be informed about the provisions of the Act so as to utilize it effectively.

Mr. Navin M. Raheja, Chairman, FICCI Real Estate Committee & CMD Raheja Developers Ltd., said that the regulator should act as a facilitator who should protect the interest of the customers as well as developers. Highlighting the issues of the industry, he said that a national portal should be in place for online clearances and the government must review some of the provisions such as providing refund in 45 days, which has practical implications so as to allow the industry to work effectively.

Mr. Rajeev Piramal, Co-Chair, FICCI Real Estate Committee & Vice Chairman & MD, Peninsula Land Ltd. said that Maharashtra has been pro-active in working towards implementation of RERA; the regulator is in place and the online portal for registration of on-going projects is up and running. RERA , he added, would bring about transparency in the activities of both developers and the government.

Ms. Ambika Sharma, Director General, FICCI, said that in the past real estate sector was facing several challenges and RERA would create a level playing field for the stakeholders. Speaking about the report, she said that it enumerates and addresses challenges of the industry while analyzing in-depth various provisions and rules of the Act.