An important player in the coalition politics that define the current political scenario, Sharad Yadav has seen a long innings in Indian politics right up from the grassroots from where he took off. He has seen it, been there and done it all. As chairman, Parliamentary Standing Committee on Urban Development (2012- 2013), Yadav chose ‘Realty & More’ to grant his first-ever interview in the capacity, where he elucidated his view of the proposed real estate regulatory bill as an attempt to balance the interests of consumers and promoters by imposing certain responsibilities on both. 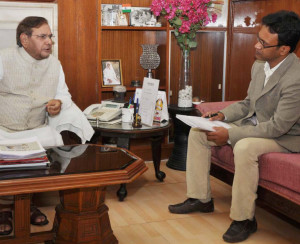 PR: How do you view the Real Estate (Regulation & Development) Bill 2013?

SY: I am told that the real estate sector contributes 5-6% in the GDP. The proposed Bill will ensure greater accountability towards consumers, and  significantly reduce frauds and delays as also  the current high transaction costs. It attempts to balance the interests of consumers and promoters by imposing certain responsibilities on both.

PR: Do you think once regulator is in place, it will generate confidence among the foreign  investors, and we will see more foreign investment into the sector?

SY: Yes, foreign investors will have more confidence if the regulator is in place. Foreign investors do not like to get into disputes or  any other hassle. They will be attracted if the deal is clear and registered with the Regulatory Authority.

PR: The Bill does not talk about single-window clearance. Don’t you think this is required as it  will ensure speedy execution of housing projects as well as check cost escalation?

SY: We had only one meeting, but in the course of the next meetings we will discuss all points including this. The Real Estate  Regulatory Authority in order to facilitate the growth and promotion of a healthy, transparent, efficient  and competitive real estate sector will make appropriate recommendations to the  government on measures to improve the processes and procedures for clearance and sanction of plans and development of projects.

PR: The Bill aims to regulate only transactions in the housing industry. Wouldn’t you suggest  including construction also under its purview?

SY: There is a clause on measures to encourage construction of environmentally sustainable and af fordable housing, promote  standardisation including grading and use of appropriate construction materials, fixtures, fittings and construction techniques, etc.

PR: Shouldn’t commercial real estate be also included in the bill apart from the residential segment?

SY: Let us first experience the proposed law on real estate on residential segment and later we  will think of commercial real estate.

PR: Builders say that the Bill should have the provisions to govern all the stake holders  and not only them. Your take on that? 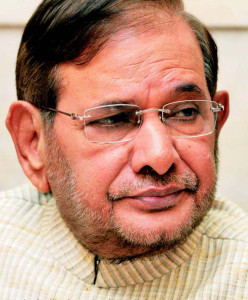 SY: I agree that all stakeholders be included but I can tell you finally only after future sittings and discussions. We are already speaking  to various developers and apartment owners associations for consultations.

SY: We will discuss this point in the meeting if it is legally possible.

PR: Don’t you think the proposed law will result into reduced supply, which in turn will  increase the property prices?

SY: I do not think so. We will have to ensure that clearances are given without any delay.

PR: Once this becomes a law and the regulator is in place, what impact do you think will it have on residential property prices?

SY: Prices will remain the same. Ultimately, developers need to have buyers and they will keep the prices under check. When all
developers will have to pass through the same transparent activities under the proposed law there will be stiff competition in the market, hence consumers will be benefitted.

PR: By when is the standing committee is expected to give its report on the Bill?

SY: We have to give our report in three months time and I think one month has already passed. So far we had only one meeting, but
I would like to do two meetings in November so that the proposed Bill is discussed and the report is given in the prescribed period.

PR: As chairman, Parliamentary Standing Committee on Urban Development, what are your major concerns on urban housing?

SY: I am interested that all sections of the Society have affordable housing in the country. The situation of housing and health in our country is not very encouraging, and therefore needs more government  attention

1. Underutilisation of scarce resources for Ministry of Housing and Urban Poverty Alleviation deplored. 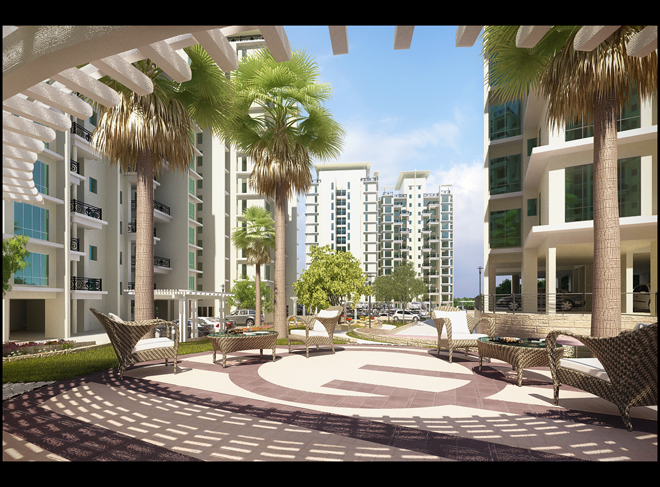 3. Underutilisation of funds for Urban Statistics for HR and Assessment Scheme (USHA) deplored. The Committee viewed that such activities by a single agency will go a long way for maintaining better statistics and monitoring . The Committee found that there was underutilisation of funds allocated for USHA. The Committee were not convinced with the reasoning of the Ministry that the lesser expenditure was due to the change in funding pattern under RAY instead of USHA and desired to be apprised of the precise
reasons which necessitated change in funding pattern on this account under RAY w.e.f. 2012- 13 instead under USHA.

4. Need for introduction of new projects at regular interval under Central Government Employees  Welfare Housing Organisations (CGEWHO). The Committee disapproved of the long gap in announcing new schemes at some places and states where it has already launched its projects and desired that new projects be launched at  regular intervals in almost all important cities to accommodate more and more central government employees.

5. Expeditious clearance for Rajiv Rinn Yojana (RRY) in its revised form recommended. Committee urged upon the Ministry to get the necessary clearances from the Cabinet Committee on Economic Affairs and the Ministry of Finance expeditiously and implement the scheme for providing affordable housing to the EWS, lower income group without any further delay.

6. Streamlining of procedure and effective utilisation of allocation for Capacity Building For  Urban Development Project (CBUD) stressed upon. Capacity Building for Urban Development Project(CBUD) is a Technical Assistance credit in the amount of USD 60 million funded by the World Bank and implemented jointly by the Ministry of Housing and Urban Poverty Alleviation and the Ministry of Urban Development. The Committee were dismayed to note that almost no expenditure under this project could be incurred in the initial two years due to delay in approval of financial management and procurement manuals. 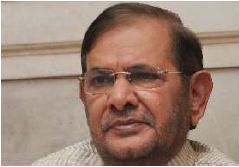 7. Early completion of preparatory activities for Rajiv Awas Yojana (RAY) and extending the  preparatory activities to all the cities stressed upon. The Committee were distressed to note that the entire two years period have been lapsed with a very slow progress of work. Slum surveys are being conducted in 28 States. Data being entered into slum MIS by 17 States. GIS mapping are being carried out in 28 states. To mitigate certain problems, a proposal to the Cabinet for not to insist upon 50% criteria of central assistance under RAY is being formalised. It is proposing flexible criteria like for big cities the criteria should be 60% while in small cities it may be enhanced to 80% and for the North-Eastern States it may be kept 90%.  The Committee hoped that the Ministry will
move proposals at the earliest and get it cleared by the Cabinet for the speedy implementation of the scheme.

8. Not to burden the State Governments in case of cost escalation of JNNURM projects  stressed upon. The JNNURM mission period has been extended by two years upto end of financial year 2013-14 for completion of project sanctioned upto the March 2012 and to implement the three pro-poor reforms. The Committee observed that to achieve the outcome under JNNURM, states
are making endeavour to complete the projects in the shortest possible time span. However, with the rise in prices of steel, cement, raw material, non-availability of litigation free land, reluctance of the beneficiaries to shift to relocated projects, weak financial position of ULBs are the major constraints in achieving the target. 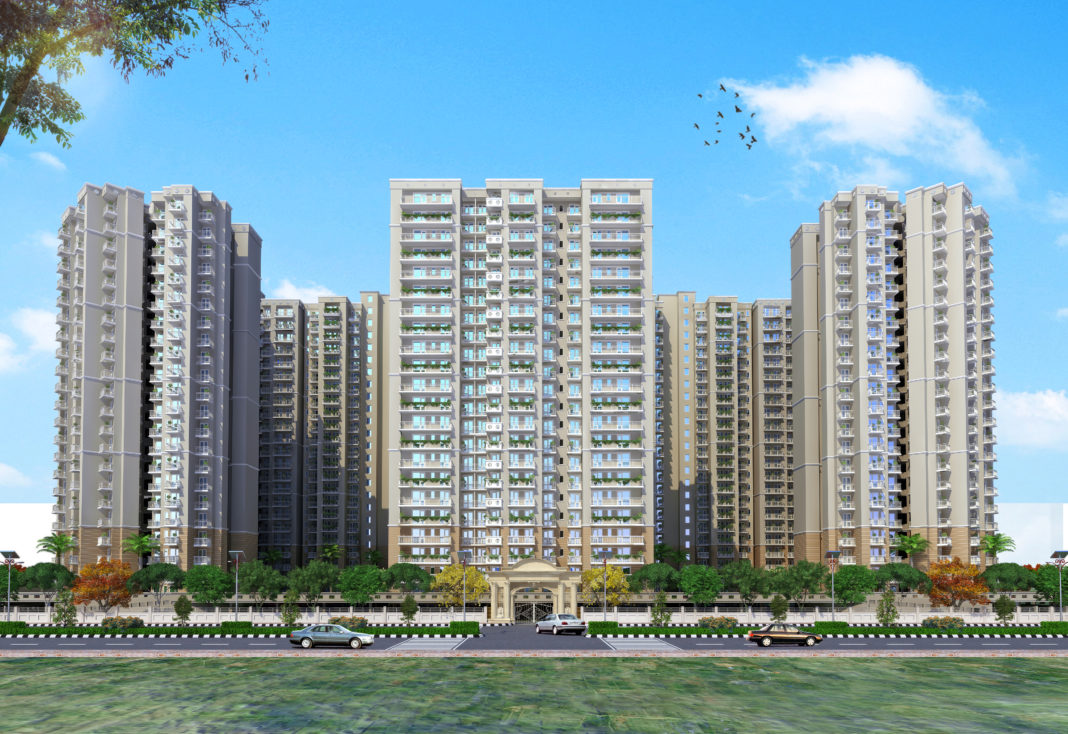 10. Need for attractive policy for construction of Affordable Housing Scheme stressed upon. The Committee were given to understand that instead of leveraging the Government  money, the scheme of Affordable Housing can be enforced through Public Private partnership. The Committee also desired that while giving all the aforesaid rebates for implementing the affordable housing
scheme, the Ministry needs to devise a mechanism of effective checks and balances to strictly ensure that the benefit is percolated to the actual beneficiaries. The Committee also felt that the financial institutions and public sector banks may also be actively involved in the process of enforcing the scheme as part of their social obligations.

11. Need for adequate budgetary allocation for Building Materials and Technology Promotion Council (BMTPC) recommended. The Committee observed that the BMTPC promotes the use of innovative and environment-friendly building materials and construction technologies and have initiated services of multifaceted activities for the accomplishment of its objectives enshrined in the mandate of the council. Apart from this, the council is also working towards bringing emerging technologies from all over the world such as disaster mitigation and management, seismic strengthening capacity building and skill development.

Land buys, not acquisition should be the norm