NEW DELHI: The Supreme Court on Wednesday directed real estate firm Supertech to refund money to flat owners who had booked flats in its two 40-storeyed buildings in Emerald Court project at Sector 93-A, Noida. 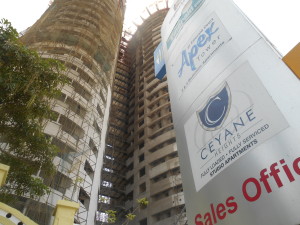 This is applicable to those flat owners who had accepted Supertech’s refund offer by April 30, 2014. The apex court also asked the builder to provide alternative flats to buyers who don’t want refund.

Supertech has to refund the principal amount to flat owners by August 30 and pay 14 per cent interest on the amount by October 30.

On April 11, the Allahabad High Court ordered the demolition of the two towers over flouting of building norms and the refund of money to apartment buyers. But the Supreme Court had later stayed the demolition but refrained Supertech from selling or transferring the flats.

Out of the total 857 flats of the two towers, Apex and Ceyane, about 600 have already been sold.