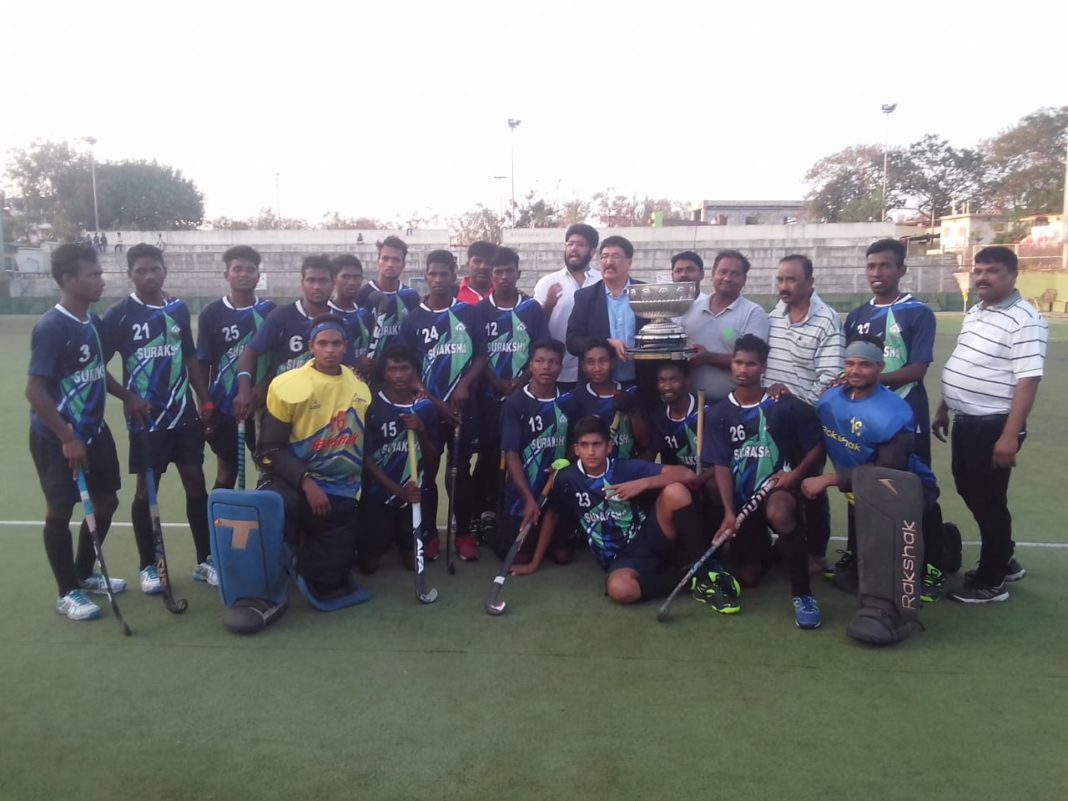 New Delhi, 10th December, 2018: In its maiden attempt, the SAIL Hockey Academy (SHA),run by SAIL’sRourkela Steel Plant (RSP) has won one of the oldest and most prestigious Hockey Tournaments of the country, the 115th All India Aga Khan Gold Cup Hockey Tournament-2018 held at Major Dhyan Chand Hockey Stadium, Pune from 1st to 9th December 2018.

The SHA team trounced Pune Hockey XI 4-1 to reach the quarter finals of the tournament. The SHA team went on to beat the Chandigarh XI 3-2 in the quarter final match to make it to the semis. Playing top class hockey, the SHA beat Madhya Pradesh Hockey Academy 4-2 in the semi-final and in their one of the best games, beat Army XI Danapur 2-1 to emerge triumphant and clinch the Championship.Jay Prakash Patel, the promising forward of SHA played brilliant hockey to score an outstanding goal, considered as one of the best goals of the tournament, was adjudged the Man of the Match in the finals.

The year 2018 has been a remarkable year for SAIL Hockey Academy where the SHA team notched up a string of successes in many prestigious tournaments of the country. Several cadets of the academy made it into the Indian National Hockey Team. Birendra Lakra, an alumnus of SHA is now representing India in the on-going Hockey World Cup being played at Bhubaneswar, Odisha. Besides, Silanand Lakra and Pankaj Rajak, cadets of the academy, have also represented the national team in the Sultan Azlan Shah Hockey Tournament and Sultan Johar Cup Hockey Tournament held at Malaysia. This year, SHA also won the Shri Nawagarh Trophy All India invitation Hockey Tournament and 8thVinod Khandekar Under 21 All India Gold Cup Hockey Tournament.

SAIL Hockey Academy has been nurturing and honing the skills of numerous young hockey talents of the region. With excellent infrastructure facilities and the able tutelage of renowned coaches, SHA has been able to produce many national and international players of repute who have brought laurels to the region and the country.