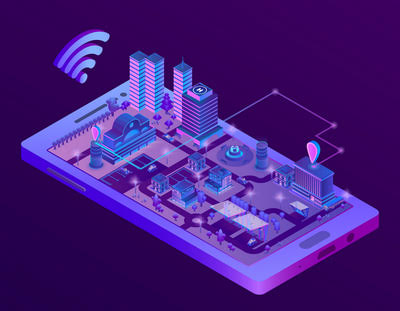 Technology has disrupted almost every facet of the real estate business today. However, the creation of the core product is and will remain the most important aspect of this business, and advanced technologies are certainly playing a major role there. By adopting innovative technologies like automation in construction, innovative designs, sustainability, use of prefabricated material and online marketing, developers can value-engineer their product.

Let’s look at some of the existing and upcoming technology disruptions in real estate construction.

Among the many new technologies already adopted by the construction sector, 3D Printing (large-scale printing of homes) is anticipated to change the way real estate is built over the next decade. Though still very nascent, 3D Printing can potentially replace a substantial amount of construction across major segments, including residential, commercial or even retail.

This will be a massive paradigm shift in real estate development. Apart from seriously reducing waste, cost and labour requirements, 3D printing will help builders penetrate the hitherto inaccessible areas of dense urban centres, where it is impossible to set up heavy machinery for construction. 3D printing technology will eventually also involve the printing of internal structures such as walls, plumbing, electrical systems, venting and so on.

Given the rapid rate at which technology is reimaging everything in modern life, it would perhaps be rash to tag 3D printing in construction as ‘hopelessly futuristic’. It will happen sooner than we may expect. While 3D printing in the construction sector is yet to kickstart in India, an entire two-story house was 3D printed from concrete in Beijing in just 45 days – from start to finish. The potential of this highly disruptive construction technology is therefore beyond dispute.

Of course, there are considerable costs involved in this technology. 3D printing machines usable in the construction sector can cost as much as $2,000,000. Also, their current capacities are limited to structures of less than 33 feet (10 meters) in height, with a throughput of less than 550 pounds (250 kilograms) per hour.

In other words, 3D printing technology in the construction sector can change the way real estate functions but currently they are largely limited to printing small buildings. For large-size buildings including multi-storey offices or large malls, machines of considerably higher capacities would be needed.

An existing construction technology which is fast gaining ground is Building Information Modelling (BIM) software that allows designers to produce 3D mock-ups of planned structures along with critical information about costs and construction timelines.

Many small and medium organizations are shying away from the adoption of BIM technology as it involves high implementation fees and training costs, including the cost of hiring experts, training the existing workforce – apart from the investment in the technology itself. Since many of India’s developers simply don’t have budgets to meet these additional expenditures, they prefer to follow traditional methods.

However, BIM technology has certainly found a foothold in India. Some examples of companies using BIM software include the Nagpur Metro Rail Corporation (NMRC) that adopted 5D BIM technology for practical completion of the project and create an Issue-Based Information System (IBIS) for each phase of the project.

Construction companies worldwide and also in India have begun using Virtual/Augmented Reality technology to enhance construction worker safety training. VR allows workers and work managers to visualize the more serious construction site hazards and prepare for them adequately. Firms also use apps that link VR/AR tech to their BIM software. This allows contractors and developers to create virtual walkthroughs of a structure even before it is complete, enabling them to make more informed design decisions early in the construction stages and save on both time and costs.

All this is important if we consider that while technology can and is replacing humans in various ways and that an entirely new alternate ‘online universe’ has now opened up, humans themselves will always require constructed buildings to live and work in. There is no immediate foreseeable way of catering to all the physical needs of mankind purely by means of technology.

In other words, real estate will remain relevant no matter how rapidly technology evolves – the virtual space has inherently insurmountable limitations when it comes to serving organic life-forms. However, a lot of ‘human inputs’ related to the conception and creation of the required real estate can and is either being replaced or improved upon by technology.