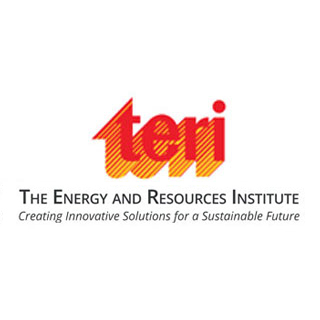 The Energy and Resources Institute (TERI), on Thursday announced the 2016 edition of its flagship event, World Sustainable Development Summit (WSDS). Themed ‘Beyond 2015: People, Planet & Progress,’ the Summit assumes critical significance in the background of the adoption of Sustainable Development Goals and signing of the landmark Paris Agreement last year. The Summit will be held from October 5-8 in New Delhi.

WSDS has evolved from the 15-year legacy of the Delhi Sustainable Development Summit (DSDS), which was initiated by TERI in 2001. It is among the first international summits to discuss the new agenda post the adoption of the Sustainable Development Goals and COP 21. It strives to provide long-term solutions for the benefit of the global community by bringing together the world’s leaders and thinkers on one powerful platform.

This is the only global conclave in the developing world to unite policymakers, corporate leaders, researchers and members of civil society from across continents to provide local solutions for global challenges. The Summit seeks to promote ‘advocacy for implementation’ with a primary focus on sharing local solutions for global challenges to achieve sustainability in plans, processes and practices.

Commenting on the occasion, Dr Ajay Mathur, Director General, TERI said, “WSDS aims to be a common platform for countries to convene and identify opportunities for collaboration. We are trying to foster an environment in which governments and stakeholders across sectors are able to engage in informed discussions and identify their individual and collective roles in achieving sustainable development in line with global climate change mitigation efforts.”

The previous DSDS editions have been inaugurated by former Prime Ministers of India. Dr. Manmohan Singh had graced the Summit in the years 2008, 2010, 2011, 2012 and 2013, while Mr. Atal Bihari Vajpayee had attended the Summit in 2001 and 2012. A total of 46 Heads of State and government, 13 Nobel Laureates, ministers from over 60 countries, close to 1600 speakers, and delegates from across continents have participated through the 15 editions of DSDS. The event has been renamed to reflect its reach and appeal among larger, global audiences, and to attract a wider variety of talent and expertise for decisive positive action.

The 2016 edition builds on the previous editions with a series of Regional Dialogues to be hosted in select cities across India as one of the high points. Themed ‘Localising the Post-2015 Development Agenda,’ these consultations aim to explore the next critical steps, beyond the Sustainable Development Goals.

The Summit includes Business Day 2016, during which industry captains will conceptualise ideas for conducting environment-friendly business. With the theme, ‘Mobilising Business Strategies and Solutions’, industry will explore the role that businesses can play to not only invest in development but also enhance its corporate value.

As part of the tradition, an eminent global leader will also be awarded the Sustainable Development Leadership Award. Set up in 2005, the award felicitates individuals engaged in encouraging global initiatives that can lead the world towards a sustainable future. The DSDS 2015 awardee was Dr José Manuel Durão Barroso, Former President of European Commission & Former Prime Minister of Portugal.

In addition, the Summit features a Media Colloquium to sensitize young journalists by building up their knowledge on issues of sustainability, and enhance their skills in climate change reporting.