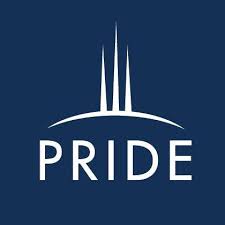 ‘Spill-over demand’ and ‘spill-over effect’ are well-known terms among real estate investment professionals and market analysts. It is important to understand this fundamental, as it lies at the base of every real estate developer’s strategy and is also a key to successful property investment.

Essentially, the spill-over effect refers to the effect of specific events or series of events in one market segment, product line or locality on other segments, products or areas. To give a readily comprehensible example, the fact that iPhones and iPads are exorbitantly priced had a direct correlation to the demand – and therefore supply – of lesser-priced smartphones and tablets which nevertheless deliver a very satisfactory consumer experience. These products benefit from the spill-over effect.

In real estate, the spill-over effect can be seen in the process of the demand for properties spreading into territories that adjoin locations which are approaching saturation both in terms of development potential and price growth.

Fundamentally, a location which previously worked well because of sufficient supply and therefore affordable property rates eventually loses its sheen. Developers begin to find it unattractive because land for development has become scarce and expensive, and property buyers are put off by the higher real estate rates which builders have to quote to recover their increased capital investment. However, no area exists in solitary splendour and cannot hold on to a demand monopoly for long.

When certain locations reach their saturation point, there are always other locations close by which still present developers and buyers with the advantages that the ‘parent’ locality has lost. Developers are able to obtain land at reasonable cost, allowing them to offer affordable properties to their buyers. Because the new location invariably offers comparable advantages to the saturated one in terms of proximity to important parts of the city, it attracts the new wave of demand from buyers who are drawn by the lower property rates. This is spill-over demand.

The Spill-over Effect In Mumbai

In neighbouring Mumbai, areas like Mira-Bhayander, Vasai-Virar and Kalyan-Dombivali absorbed the spill-over demand from the MMR, which had become unaffordable to the largest part of the Island City’s residents. However, it was only with the creation of Navi Mumbai that the largest part of the spill-over demand from the parent city could be successfully absorbed. Because CIDCO also provided a level of infrastructure which was unheard of in MMR, Navi Mumbai – particularly areas such as Vashi, Airoli, Ghansoli, Ulwe, Koparkhairne and CBD Belapur became an outstanding success.

As evidenced by the Navi Mumbai story, it takes more than just good juxtaposition to an established location to make a new real estate precinct work. It needs to be enabled with support infrastructure such as roads, water and electricity supply and also facilities such as shopping, schools, hospitals and public transport that make living there possible. It is at this stage that the holistic development of the new location can and often does face delays.

In most emerging locations, the responsibility of providing these falls on the local development authorities and independent players such as shopkeepers, hospital operators and educational institutions. The developers of residential projects themselves will usually absolve themselves of any burden of responsibility on this front, calling their job complete by having supplied the housing.

The city’s development authorities will eventually provide their share of infrastructure support because it is in the interest of the city’s growth. However, the other agencies required to make the newly emerging location viable will make an entry only when they see enough demand for their services. This can lead to considerable delays in creating a good residential environment, which is why spill-over demand rarely suffices to make a new location work from the word go. In fact, it can take several years for an emerging area to match the desirability of the ‘parent’ location.

This was a huge challenge in previous years, but many large developers with the right kind of capacity have now found a solution in the form of integrated townships. These massive projects encompass all the necessities of daily living within their unified development plan. In other words, shopping malls, hospitals, schools and colleges are provided ‘in house’ by the developer. Residents of integrated townships are provided with a readymade lifestyle equation.

Because of their massive scale and scope, these townships also contribute significantly to the holistic growth of the city. Developers of such projects are therefore able to garner faster cooperation from the development authorities in terms of providing access roads, utilities supply, sanitation and law enforcement support.

The city of Pune has sterling examples of how integrated township developers have been able to harness the flow of spill-over demand into new ‘plug-and-play’ residential neighbourhoods which offer their occupants everything under a single ‘roof’. While Magarpatta City and Amanora were the forerunners, Charoli has become the latest chapter of Pune’s integrated townships saga with a massive 400+ acre Mega City which has surpassed all its predecessors in ambition and scope.

As a rapidly growing city, Pune still stands at the cusp of real estate evolution – and with a tremendous wealth of outlying areas which can still be developed, its growth potential is virtually limitless. Thanks to a multi-faceted economy being driven by Information Technology, industrial and automobile manufacturing, and the services sector, Pune will see the spill-over effect eventually transforming most of these areas into vibrant growth hubs. However, it is the locations which host integrated townships which will become the strongest contenders for real estate success in the years to come.