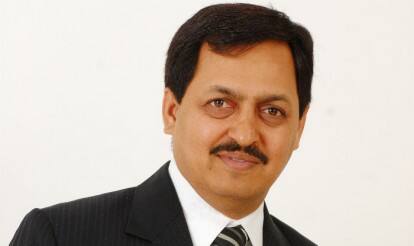 Do ready-for-possession or close-to-possession homes make more sense than properties which will be delivered only 2-3 years down the line? There was a time when the answer of most end-users and real estate investors would have been a resounding ‘No’. After all, it is common knowledge that ready-possession homes or homes which would be delivered in six months or less were costing more by about 30-35%. In price-sensitive markets like Pune, paying such a premium merely for the benefit of earlier possession made no sense at all.

The budget constraints of end users aside, even investors would shy away from paying such higher price, since they are obviously focused on entering at the lowest possible point and exiting when the property has appreciated sufficiently. They were certainly not open to foregoing the highest possible returns on investment for ready-possession flats, even if it meant being able to rent them out sooner. After all, the potential resale price would still take a massive beating.

Thanks to the protracted slowdown on the property market in most Indian cities, developers across the country have witnessed their inventories piling up. Reduced sales traction has induced a major sea-change in their pricing strategies, resulting in ticket sizes coming down even in ready-to-move properties in their projects. This has proved necessary because selling existing inventory is the only way they can build capital to fund future projects.

In fact, there has never been a time in the history of the Indian real estate market when properties which are ready or close to possession were so cost-effective. The property market has stabilized. Quality properties by reputed developers in very good locations are now available at prices which were previously possible only if buyers were willing to wait for two years or longer.

Sound Rationale For Both Options

The option of opting for quick possession or under-construction projects is debatable. In the current scenario, it is for the individual to decide on the budget and on the urgency of buying a house. Individuals with long-term requirements who also need relief in the payment of installments should definitely opt for under-construction projects. Today, most builders have come up with the scheme of pre-payment of EMI, which helps in reducing the interest burden and monthly EMIs. While opting for this route, the builder should be selected wisely to ensure the safety of one’s investment – only builders with a good reputation and financial background should be considered.

However, buyers in need of a home for immediate possession who have the requisite funds arranged for and are keen to ditch their landlord for good have never been in a better place than today. As things stand today, buyers who are eyeing popular growth corridors like Pune’s Undri can actually buy a 2 BHK flat from a reputed builder which will be delivered within six months or less, at all-inclusive prices which they can very much afford. Simultaneously, there are projects offering the under-construction opportunity.

It should be noted that real estate markets across India are beginning to revive, and prices in Pune – a city which held on to its strength as a preferred investment hotbed – will start increasing significantly within the next 6-8 months.

In the existing market environment, it is easy to be confused by the various seemingly attractive offers that most developers are doling out. In fact, quite a few players have officially announced astounding rate cuts on their projects in the hope of generating faster sales. Buyers should be aware that such offers are almost always tied to projects which are in the earliest stages of development, and often have hidden costs or features which are not in the best interest of buyers.